The antiphospholipid syndrome (APS) is characterized by the presence of pathogenic autoantibodies against β2-glycoprotein-I (β2GPI). The factors causing production of anti-β2GPI remain unidentified, but an association with infectious agents has been reported. Recently, we identified a hexapeptide (TLRVYK) that is recognized specifically by a pathogenic anti-β2GPI mAb. In the present study we evaluated the APS-related pathogenic potential of microbial pathogens carrying sequences related to this hexapeptide. Mice immunized with a panel of microbial preparations were studied for the development of anti-β2GPI autoantibodies. IgG specific to the TLRVYK peptide were affinity purified from the immunized mice and passively infused intravenously into naive mice at day 0 of pregnancy. APS parameters were evaluated in the infused mice on day 15 of pregnancy. Following immunization, high titers of antipeptide [TLRVYK] anti-β2GPI Ab’s were observed in mice immunized with Haemophilus influenzae, Neisseria gonorrhoeae, or tetanus toxoid. The specificity of binding to the corresponding target molecules was confirmed by competition and immunoblot assays. Naive mice infused with the affinity-purified antipeptide Ab’s had significant thrombocytopenia, prolonged activated partial thromboplastin time and elevated percentage of fetal loss, similar to a control group of mice immunized with a pathogenic anti-β2GPI mAb. Our study establishes a mechanism of molecular mimicry in experimental APS, demonstrating that bacterial peptides homologous with β2GPI induce pathogenic anti-β2GPI Ab’s along with APS manifestations. 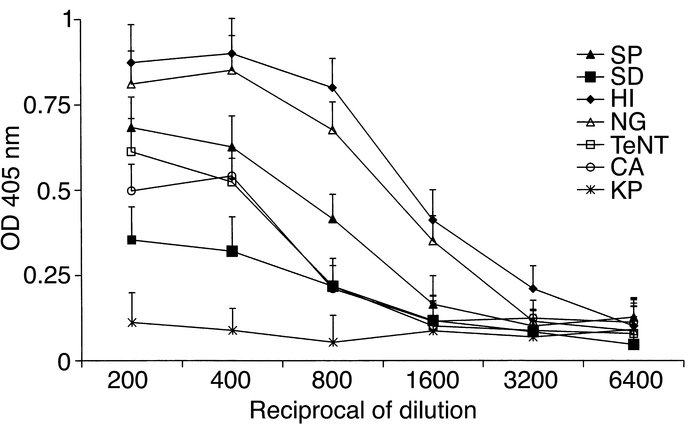