EBI3 binds to calnexin and IL-23Rα, and calnexin is necessary for the EBI3-mediated augmentation of IL-23Rα protein expression. 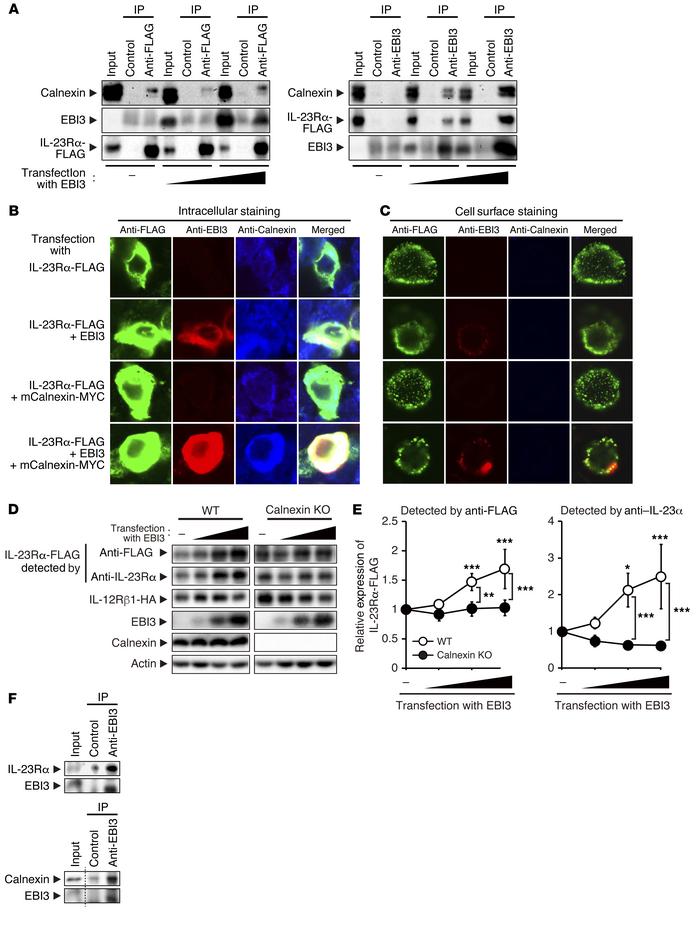