Airway hyperresponsiveness in asthma: a problem of limited smooth muscle relaxation with inspiration.

Find articles by Togias, A. in: JCI | PubMed | Google Scholar

We hypothesized that hyperresponsiveness in asthma is caused by an impairment in the ability of inspiration to stretch airway smooth muscle. If the hypothesis was correct, we reasoned that the sensitivity to inhaled methacholine in normal and asthmatic subjects should be the same if the challenge was carried out under conditions where deep inspirations were prohibited. 10 asthmatic and 10 normal subjects received increasing concentrations of inhaled methacholine under conditions where forced expirations from a normal end-tidal inspiration were performed. When no deep inspirations were allowed, the response to methacholine was similar in the normal and asthmatic subjects, compatible with the hypothesis we propose. Completely contrary to our expectations, however, was the marked responsivity to methacholine that remained in the normal subjects after deep breaths were initiated. 6 of the 10 normal subjects had > 20% reduction in forced expiratory volume in one second (FEV 1) at doses of methacholine < 8 mg/ml, whereas there was < 15% reduction with 75 mg/ml during routine challenge. The ability of normal subjects to develop asthmatic responses when the modulating effects of increases in lung volume was voluntarily suppressed suggests that an intrinsic impairment of the ability of inspiration to stretch airway smooth muscle is a major feature of asthma. 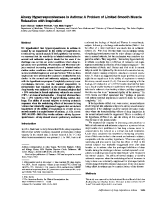 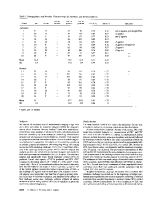 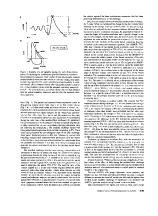 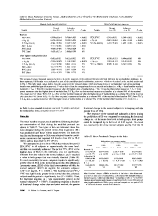 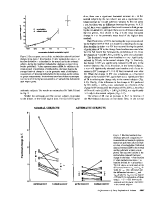 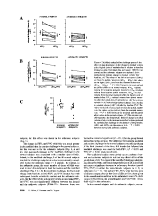 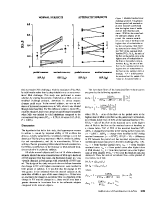 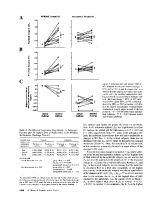 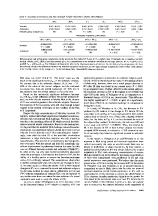 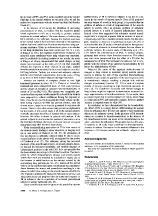 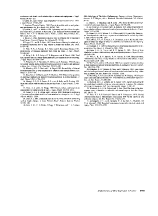