To determine if alcoholic liver fibrogenesis is exacerbated by dietary iron supplementation, carbonyl iron (0.25% wt/vol) was intragastrically infused with or without ethanol to rats for 16 wk. Carbonyl iron had no effect on blood alcohol concentration, hepatic biochemical measurements, or liver histology in control animals. In both ethanol-fed and control rats, the supplementation produced a two- to threefold increase in the mean hepatic non-heme iron concentration but it remained within or near the range found in normal human subjects. As previously shown, the concentrations of liver malondialdehyde (MDA), liver 4-hydroxynonenal (4HNE), and serum aminotransferases (ALT, AST) were significantly elevated by ethanol infusion alone. The addition of iron supplementation to ethanol resulted in a further twofold increment in mean MDA, 4HNE, ALT, and AST. On histological examination, focal fibrosis was found < 30% of the rats fed ethanol alone. In animals given both ethanol and iron, fibrosis was present in all, with a diffuse central-central bridging pattern in 60%, and two animals (17%) developed micronodular cirrhosis. The iron-potentiated alcoholic liver fibrogenesis was closely associated with intense and diffuse immunostaining for MDA and 4HNE adduct epitopes in the livers. Furthermore, in these animals, accentuated increases in procollagen alpha 1(I) and TGF beta 1 mRNA levels were found in both liver tissues and freshly isolated hepatic stellate cells, perisinusoidal cells believed to be a major source of extracellular matrices in liver fibrosis. The dietary iron supplementation to intragastric ethanol infusion exacerbates hepatocyte damage, promotes liver fibrogenesis, and produces evident cirrhosis in some animals. These results provide evidence for a critical role of iron and iron-catalyzed oxidant stress in progression of alcoholic liver disease. 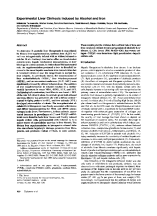 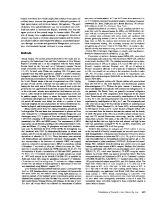 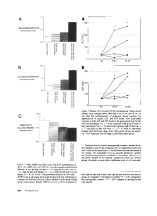 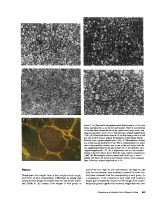 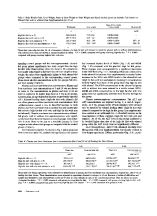 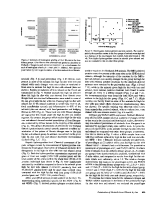 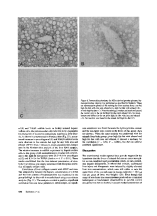 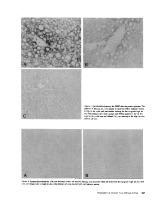 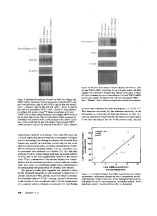 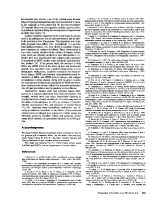 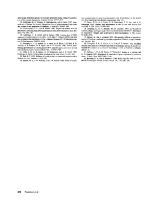