Find articles by Komuro, I. in: JCI | PubMed | Google Scholar

Find articles by Shiojima, I. in: JCI | PubMed | Google Scholar

We have previously shown that stretching cardiac myocytes evokes activation of protein kinase C (PKC), mitogen-activated protein kinases (MAPKs), and 90-kD ribosomal S6 kinase (p90rsk). To clarify the signal transduction pathways from external mechanical stress to nuclear gene expression in stretch-induced cardiac hypertrophy, we have elucidated protein kinase cascade of phosphorylation by examining the time course of activation of MAP kinase kinase kinases (MAPKKKs), MAP kinase kinase (MAPKK), MAPKs, and p90rsk in neonatal rat cardiac myocytes. Mechanical stretch transiently increased the activity of MAPKKKs. An increase in MAPKKKs activity was first detected at 1 min and maximal activation was observed at 2 min after stretch. The activity of MAPKK was increased by stretch from 1-2 min, with a peak at 5 min after stretch. In addition, MAPKs and p90rsk were maximally activated at 8 min and at 10 approximately 30 min after stretch, respectively. Raf-1 kinase (Raf-1) and (MAPK/extracellular signal-regulated kinase) kinase kinase (MEKK), both of which have MAPKKK activity, were also activated by stretching cardiac myocytes for 2 min. The angiotensin II receptor antagonist partially suppressed activation of Raf-1 and MAPKs by stretch. The stretch-induced hypertrophic responses such as activation of Raf-1 and MAPKs and an increase in amino acid uptake was partially dependent on PKC, while a PKC inhibitor completely abolished MAPK activation by angiotensin II. These results suggest that mechanical stress activates the protein kinase cascade of phosphorylation in cardiac myocytes in the order of Raf-1 and MEKK, MAPKK, MAPKs and p90rsk, and that angiotensin II, which may be secreted from stretched myocytes, may be partly involved in stretch-induced hypertrophic responses by activating PKC. 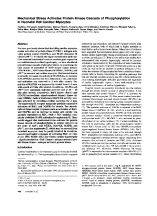 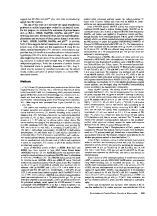 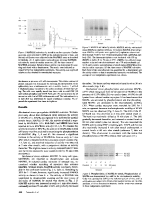 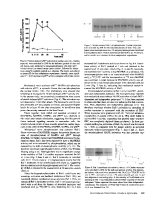 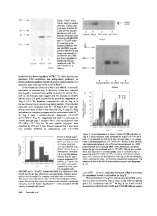 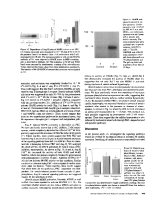 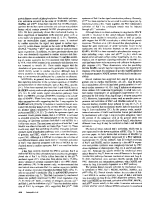 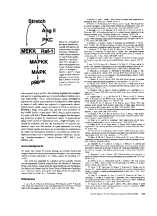 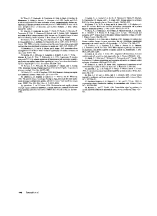