Find articles by Garcia, I. in: JCI | PubMed | Google Scholar

The murine TNF-alpha gene was expressed under the control of the human surfactant protein SP-C promoter in transgenic mice. A number of the SP-C TNF-alpha mice died at birth or after a few weeks with very severe lung lesions. Surviving mice transmitted a pulmonary disease to their offspring, the severity and evolution of which was related to the level of TNF-alpha mRNA in the lung; TNF-alpha RNA was detected in alveolar epithelium, presumably in type II epithelial cells. In a longitudinal study of two independent mouse lines, pulmonary pathology, at 1-2 mo of age, consisted of a leukocytic alveolitis with a predominance of T lymphocytes. Leukocyte infiltration was associated with endothelial changes and increased levels of mRNA for the endothelial adhesion molecule VCAM-1. In the following months, alveolar spaces enlarged in association with thickening of the alveolar walls due to an accumulation of desmin-containing fibroblasts, collagen fibers, and lymphocytes. Alveolar surfaces were lined by regenerating type II epithelial cells, and alveolar spaces contained desquamating epithelial cells in places. Platelet trapping in the damaged alveolar capillaries was observed. Pulmonary pathology in the SP-C TNF-alpha mice bears a striking resemblance to human idiopathic pulmonary fibrosis, in which increased expression of TNF-alpha in type II epithelial cells has also been noted. These mice provide a valuable animal model for understanding the pathogenesis of pulmonary fibrosis and exploring possible therapeutic approaches. 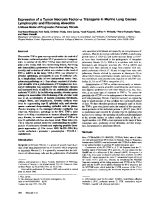 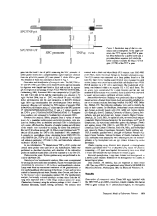 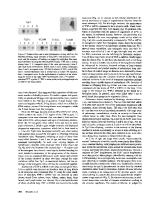 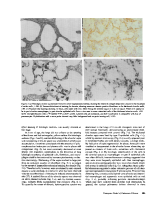 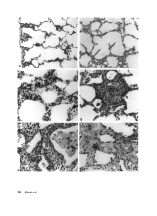 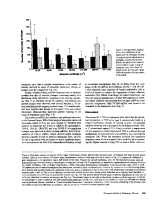 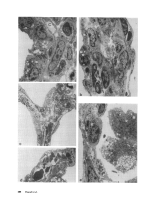 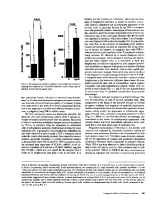 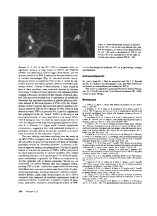 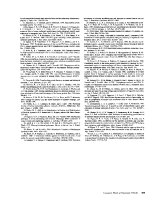