Find articles by Ross, B. in: JCI | PubMed | Google Scholar

Heat shock treatment induces expression of several heat shock proteins and subsequent post-ischemic myocardial protection. Correlations exist between the degree of stress used to induce the heat shock proteins, the amount of the inducible heat shock protein 70 (HSP70) and the level of myocardial protection. The inducible HSP70 has also been shown to be protective in transfected myogenic cells. Here we examined the role of human inducible HSP70 in transgenic mouse hearts. Overexpression of the human HSP70 does not appear to affect normal protein synthesis or the stress response in transgenic mice compared with nontransgenic mice. After 30 min of ischemia, upon reperfusion, transgenic hearts versus nontransgenic hearts showed significantly improved recovery of contractile force (0.35 +/- 0.08 versus 0.16 +/- 0.05 g, respectively, P < 0.05), rate of contraction, and rate of relaxation. Creatine kinase, an indicator of cellular injury, was released at a high level (67.7 +/- 23.0 U/ml) upon reperfusion from nontransgenic hearts, but not transgenic hearts (1.6 +/- 0.8 U/ml). We conclude that high level constitutive expression of the human inducible HSP70 plays a direct role in the protection of the myocardium from ischemia and reperfusion injury. 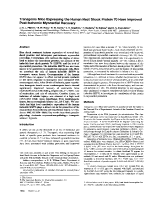 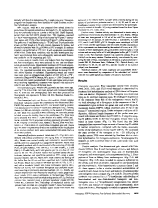 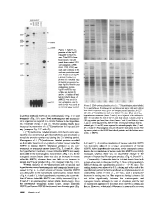 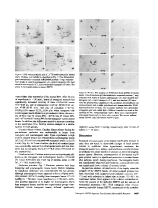 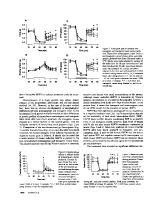 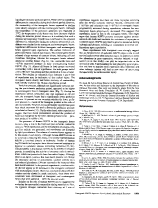 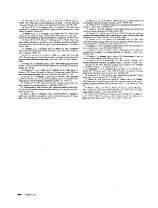