Lithium, a widely used treatment for bipolar affective disorders, often causes nephrogenic diabetes insipidus. The effect of chronic lithium therapy on the expression of the vasopressin-regulated water channel Aquaporin-2 (AQP2) in rat kidney was examined. Membranes were prepared from inner medulla of one kidney from each rat, while the contralateral one was fixed for immunofluorescence and immunoelectronmicroscopy. Immunoblotting revealed that lithium treatment reduced AQP2 expression dramatically, to 31 +/- 8% after 10 d and to 4 +/- 1% after 25 d, coincident with development of severe polyuria. Immunofluorescence and immunogold quantitation confirmed the lithium-induced decrease in AQP2 expression (from 11.2 +/- 1.0 to 1.1 +/- 0.2 particles/microns 2). The downregulation was only partly reversed by return to lithium-free diet for 1 wk (40 +/- 8% of control). Furthermore, immunoblotting and immunogold quantitation revealed that 2 d of thirsting or 7 d of dDAVP treatment, in the continued presence of lithium, increased AQP2 expression by six- and threefold, respectively, coincident with increased urinary osmolality. Thirsting increased AQP2 immunolabeling mainly of vesicles, whereas dDAVP caused accumulation of AQP2 predominantly in the subapical region and plasma membrane. Thus, lithium causes marked downregulation of AQP2 expression, only partially reversed by cessation of therapy, thirsting or dDAVP treatment, consistent with clinical observations of slow recovery from lithium-induced urinary concentrating defects. 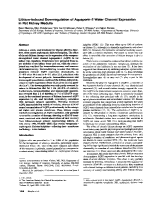 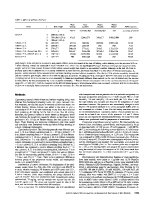 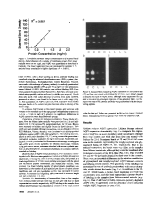 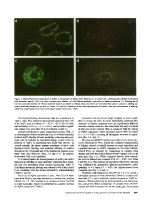 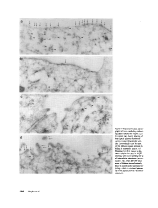 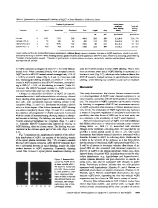 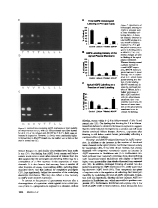 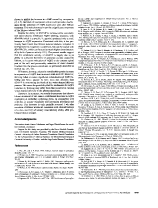