The effect of cyclic-AMP on the regulation of c-myc expression in T lymphoma cells.

Myc is implicated in the control of growth in a variety of cell types. I investigated c-myc gene expression in several lymphoid cell lines to determine the response to cyclic AMP. Cyclic AMP causes a precipitous decline in c-myc message concentration that precedes G1 cell cycle arrest in wild type S49 cells but not in KIN- cells that lack cAMP dependent PKA activity. In wild-type S49 cells washout of cyclic AMP restores c-myc message levels within 2 h but does not relieve the G1 arrest until 10 h later. Transcription runoff studies demonstrate inhibition of both transcriptional initiation and prolongation of initiated transcripts. However, the degree of inhibition is insufficient to explain the absence of detectable myc message suggesting that the predominant effect of cyclic AMP is to destabilize the c-myc message. In contrast to wild-type cells, the "Deathless" mutant S49 cell line is viable when arrested in G1 by exposure to cyclic AMP and has preserved c-myc expression. Thus, in S49 cells down regulation of c-myc expression appears to be associated with loss of viability rather than G1 cell cycle arrest. Interestingly, CEM human T lymphoma cells do not arrest in G1 phase when exposed to cyclic AMP in spite of losing detectable c-myc gene expression. This suggests that in some T lymphoma cells c-myc gene expression may not be necessary for cell cycle progression and proliferation. 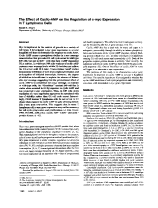 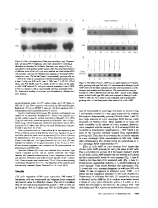 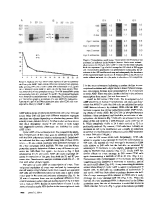 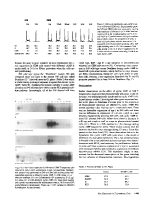 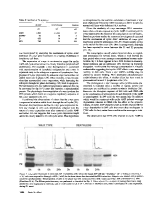 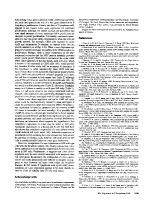 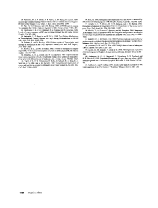