Angiotensin II recognizes two receptor subtypes, AT1 and AT2, both of them having been recently cloned. Although AT2 receptors represent 5-10% of angiotensin II receptors in the kidneys of adult rats, their function remains unknown. In the present work, we examined the possible contribution of AT2 receptors to the regulation of pressure-natriuresis in anesthetized rats infused either with the specific AT2 antagonist PD 123319, or with CGP 42112B, an AT2 ligand with agonistic properties. The effects of PD 123319 were examined in a preparation with stable levels of angiotensin II, and in which AT1 receptors were blocked by the specific antagonist losartan. The effects of CGP 42112B were studied in rats deprived of endogenous angiotensin II. AT2 receptor blockade with PD 123319 did not change the renal blood flow while it increased the diuresis and natriuresis. These effects persisted even after full AT1 receptor blockade with losarfan. CGP 42112B did not modify the renal blood flow, but dose-dependently decreased urine flow and natriuresis. These results show that, contrary to AT1 receptors, renal AT2 receptors have no effect on total renal blood flow, but blunt the pressure-natriuresis, thus demonstrating that this receptor subtype is involved in a function of importance for body fluid and blood pressure regulation. 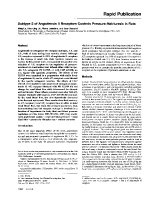 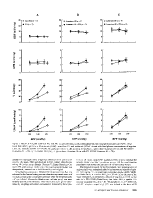 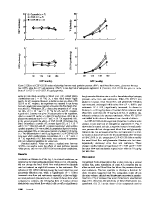 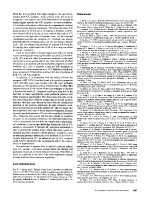