Induction of B cell apoptosis by TH0, but not TH2, CD4+ T cells.

Find articles by He, X. in: JCI | PubMed | Google Scholar

Engagement of the T cell receptor molecules with MHC-antigen complexes presented by B cells ascertains antigen specificity in T cell-dependent help. Ligation of MHC molecules on the surface of B cells, however, has not only been implicated in antigen-specific T-B cell interaction, but has also been linked to the induction of B cell apoptosis. To examine the role of T helper cells in either induction of immunoglobulin synthesis or B cell apoptotic death, we have facilitated T cell receptor-MHC interaction through a bacterial superantigen. CD4+ T cell clones could be categorized into two clearly distinct subsets based upon their ability to promote B cell help in the presence of superantigen. One subset of T cell clones supported immunoglobulin synthesis, and thus functioned as effective helper cells. B cells interacting with the second subset of T cells did not differentiate into antibody-secreting cells, but underwent apoptosis. Both types of helper cells were able to provide contact help after anti-CD3 stimulation. Induction of apoptosis was a dominant phenomenon; the addition of the superantigen suppressed immunoglobulin production in B cells activated by anti-CD3-stimulated helper T cells, indicating that the T cells delivered an apoptotic signal to the B cell. T cell clones providing effective MHC restrictive B cell help could be distinguished from T cells facilitating B cell apoptosis based on their lymphokine secretion profile. Induction of B cell apoptosis was a feature of T cells with a TH0 lymphokine pattern. Promotion of MHC-restricted B cell help was associated with a TH2 lymphokine profile. TH1-derived cytokines alone could not substitute for apoptosis-inducing T cells. 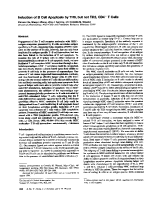 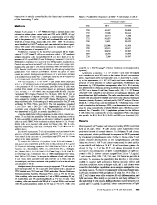 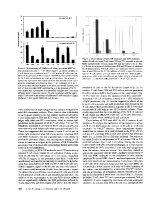 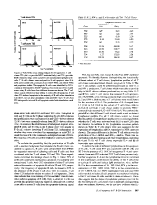 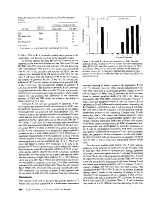 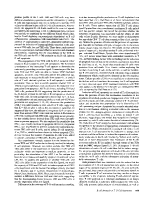 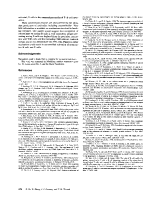