Self-induced correction of the genetic defect in tyrosinemia type I.

A mosaic pattern of immunoreactive fumarylacetoacetase (FAH) protein was found in liver tissue in 15 of 18 tyrosinemia type I patients of various ethnic origins. One additional patient had variable levels of FAH enzyme activity in liver tissue. In four patients exhibiting mosaicism of FAH protein, analysis for the tyrosinemia-causing mutations was performed in immunonegative and immunopositive areas of liver tissue by restriction digestion analysis and direct DNA sequencing. In all four patients the immunonegative liver tissue contained the FAH mutations demonstrated in fibroblasts of the patients. In the immunopositive nodules of regenerating liver tissue one of the mutated alleles apparently had reverted to the normal genotype. This genetic correction was observed for three different tyrosinemia-causing mutations. In each case a mutant AT nucleotide pair was reverted to a normal GC pair. 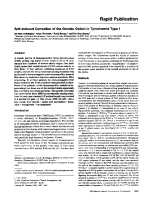 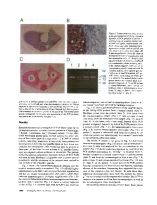 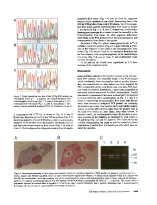 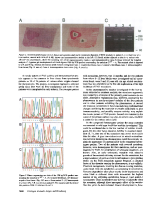 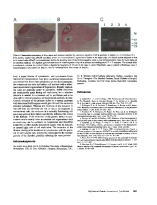