Find articles by Budavari, A. in: JCI | PubMed | Google Scholar

Find articles by Spiegelman, B. in: JCI | PubMed | Google Scholar

Insulin resistance is an important metabolic abnormality often associated with infections, cancer, obesity, and especially non-insulin-dependent diabetes mellitus (NIDDM). We have previously demonstrated that tumor necrosis factor-alpha produced by adipose tissue is a key mediator of insulin resistance in animal models of obesity-diabetes. However, the mechanism by which TNF-alpha interferes with insulin action is not known. Since a defective insulin receptor (IR) tyrosine kinase activity has been observed in obesity and NIDDM, we measured the IR tyrosine kinase activity in the Zucker (fa/fa) rat model of obesity and insulin resistance after neutralizing TNF-alpha with a soluble TNF receptor (TNFR)-lgG fusion protein. This neutralization resulted in a marked increase in insulin-stimulated autophosphorylation of the IR, as well as phosphorylation of insulin receptor substrate 1 (IRS-1) in muscle and fat tissues of the fa/fa rats, restoring them to near control (lean) levels. In contrast, no significant changes were observed in insulin-stimulated tyrosine phosphorylations of IR and IRS-1 in liver. The physiological significance of the improvements in IR signaling was indicated by a concurrent reduction in plasma glucose, insulin, and free fatty acid levels. These results demonstrate that TNF-alpha participates in obesity-related systemic insulin resistance by inhibiting the IR tyrosine kinase in the two tissues mainly responsible for insulin-stimulated glucose uptake: muscle and fat. 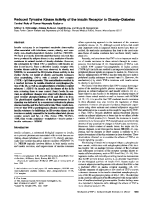 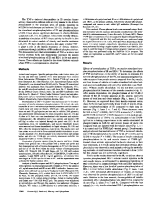 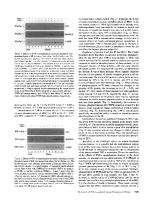 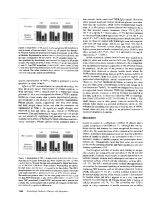 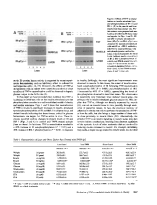 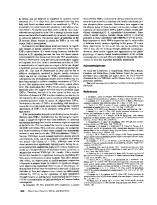 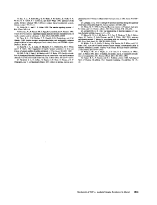