Find articles by Johnson, A. in: JCI | PubMed | Google Scholar

Find articles by Baron, A. in: JCI | PubMed | Google Scholar

The purpose of this study was to examine whether insulin's effect to vasodilate skeletal muscle vasculature is mediated by endothelium-derived nitric oxide (EDNO). N-monomethyl-L-arginine (L-NMMA), a specific inhibitor of NO synthase, was administered directly into the femoral artery of normal subjects at a dose of 16 mg/min and leg blood flow (LBF) was measured during an infusion of saline (NS) or during a euglycemic hyperinsulinemic clamp (HIC) designed to approximately double LBF. In response to the intrafemoral artery infusion of L-NMMA, LBF decreased from 0.296 +/- 0.032 to 0.235 +/- 0.022 liters/min during NS and from 0.479 +/- 0.118 to 0.266 +/- 0.052 liters/min during HIC, P < 0.03. The proportion of NO-dependent LBF during NS and HIC was approximately 20% and approximately 40%, respectively, P < 0.003 (NS vs. HIC). To elucidate whether insulin increases EDNO synthesis/release or EDNO action, vasodilative responses to graded intrafemoral artery infusions of the endothelium-dependent vasodilator methacholine chloride (MCh) or the endothelium-independent vasodilator sodium nitroprusside (SNP) were studied in normal subjects during either NS or HIC. LBF increments in response to intrafemoral artery infusions of MCh but not SNP were augmented during HIC versus NS, P < 0.03. In summary, insulin-mediated vasodilation is EDNO dependent. Insulin vasodilation of skeletal muscle vasculature most likely occurs via increasing EDNO synthesis/release. Thus, insulin appears to be a novel modulator of the EDNO system. 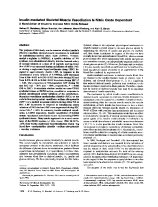 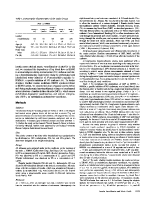 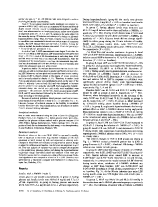 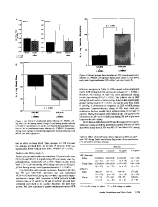 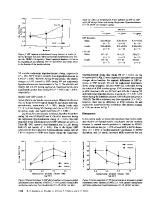 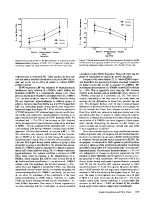 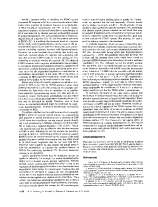 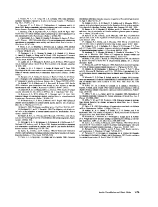