We have found that an estrogen deficiency causes a marked increase in bone marrow cells. To examine the effect of estrogen on hemopoiesis, we characterized the increased population of bone marrow cells after ovariectomy (OVX). In OVX mice, the percentage of myeloid cells and granulocytes was decreased, whereas that of B220-positive B lymphocytes was selectively increased 2-4 wk after surgery. The total number of myeloid cells and granulocytes did not change appreciably, but that of B220-positive cells was greatly increased by OVX. When OVX mice were treated with estrogen, the increased B lymphopoiesis returned to normal. B220-positive cells were classified into two subpopulations, B220low and B220high. The majority of the B220low cells were negative for the IgM mu chain, whereas most of the B220high cells were mu-positive. OVX selectively increased the precursors of B lymphocytes identified by B220low. mu-negative phenotype, suggesting that an estrogen deficiency stimulates accumulation of B lymphocyte precursors. When bone marrow-derived stromal cells (ST2) were pretreated with estrogen then co-cultured with bone marrow cells in the presence of estrogen, the stromal cell-dependent B lymphopoiesis was greatly inhibited. The present study suggests that estrogen plays an important role in the regulation of B lymphocyte development in mouse bone marrow. 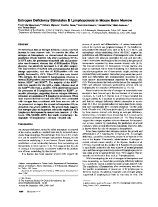 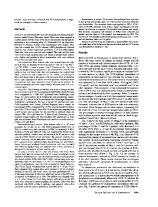 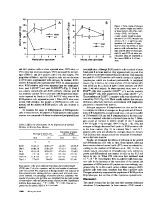 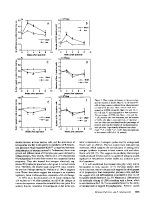 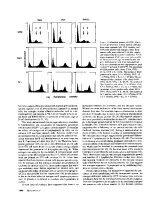 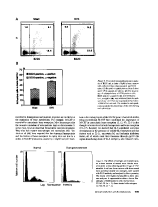 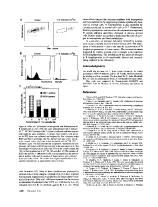 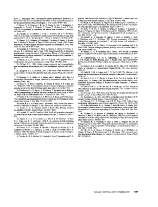