Identification of a novel first exon in the human dystrophin gene and of a new promoter located more than 500 kb upstream of the nearest known promoter.

The dystrophin gene, which is mutated in patients with Duchenne and Becker muscular dystrophies, is the largest known human gene. Five alternative promoters have been characterized until now. Here we show that a novel dystrophin isoform with a different first exon can be produced through transcription initiation at a previously unidentified alternative promoter. The case study presented is that of a patient with Duchenne muscular dystrophy who had a deletion extending from the 5' end of the dystrophin gene to exon 2, including all promoters previously mapped in the 5' part of the gene. Transcripts from lymphoblastoid cells were found to contain sequences corresponding to exon 3, indicating the presence of new promoter upstream of this exon. The nucleotide sequence of amplified cDNA corresponding to the 5' end of the new transcript indicated that the 5' end of exon 3 was extended by 9 codons, only the last (most 3') of which codes for methionine. The genomic nucleotide sequence upstream from the new exon, as determined using inverse polymerase chain reaction, revealed the presence of sequences similar to a TATA box, an octamer motif and an MEF-2 element. The identified promoter/exon did not map to intron 2, as might have been expected, but to a position more than 500 kb upstream of the most 5' of the previously identified promoters, thereby adding 500 kb to the dystrophin gene. The sequence of part of the new promoter region is very similar to that of certain medium reiteration frequency repetitive sequences. These findings may help us understand the molecular evolution of the dystrophin gene. 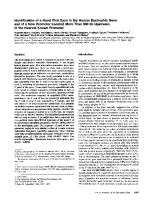 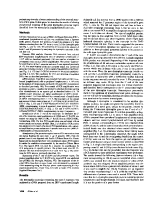 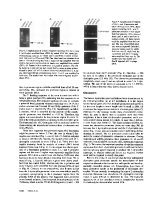 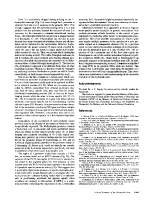 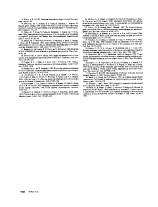