Early and specific antibody response to OspA in Lyme Disease.

Find articles by Luft, B. in: JCI | PubMed | Google Scholar

Borrelia burgdorferi (Bb), the cause of Lyme disease, has appeared not to evoke a detectable specific antibody response in humans until long after infection. This delayed response has been a biologic puzzle and has hampered early diagnosis. Antibody to the abundant organism-specific outer surface proteins, such as the 31-kD OspA, has rarely been detected less than 6 mo after infection. Antibody to a less organism-specific 41-kD flagellin protein, sharing common determinants with other bacteria and thus limiting its diagnostic potential, may appear after 4 to 6 wks. To investigate our hypothesis that specific antibody to OspA may actually be formed early but remain at low levels or bound in immune complexes, we analyzed serum samples from patients with concurrent erythema migrans (EM). This is the earliest sign of Lyme disease and occurs in 60-70% of patients, generally 4-14 d after infection. We used less conventional but more sensitive methods: biotin-avidin Western blots and immune complex dissociation techniques. Antibody specificity was confirmed with recombinant OspA. Specific complexed antibody to whole Bb and recombinant OspA was detected in 10 of 11 of the EM patients compared to 0 of 20 endemic area controls. IgM was the predominant isotype to OspA in these EM patients. Free IgM to OspA was found in half the EM cases. IgM to OspA was also detected in 10 of 10 European patients with EM who also had reactive T cells to recombinant OspA. In conclusion a specific antibody response to OspA occurs early in Lyme disease. This is likely to have diagnostic implications. 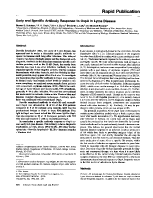 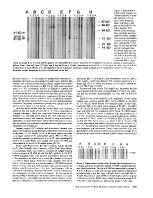 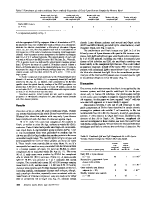 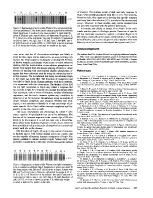