Glucagon-like peptide 1 [7-36 amide] (GLP-1) has been shown to enhance insulin secretion in healthy and type II diabetic humans, and to increase glucose disposal in type I diabetic patients. To further define its action on glucose kinetics, we studied six healthy subjects who received either GLP-1 (45 pmol/kg per h) or 150 mM saline on two mornings during which a modified intravenous glucose tolerance test was performed. Plasma insulin and glucose levels were analyzed using Bergman's minimal model of glucose kinetics to derive indices of insulin sensitivity (SI) and glucose effectiveness at basal insulin (SG), the latter a measure of glucose disposition independent of changes in insulin. In addition, basal insulin concentrations, the acute insulin response to glucose (AIRg), plasma glucagon levels, and the glucose disappearance constant (Kg) were measured on the days that subjects received GLP-1 or saline. Compared with saline infusions, GLP-1 increased the mean Kg from 1.61 +/- 0.20 to 2.65 +/- 0.25%/min (P = 0.022). The enhanced glucose disappearance seen with GLP-1 was in part the result of its insulinotropic effect, as indicated by a rise in AIRg from 240 +/- 48 to 400 +/- 78 pM (P = 0.013). However, there was also an increase in SG from 1.77 +/- 0.11 to 2.65 +/- 0.33 x 10(-2).min-1 (P = 0.038), which was accounted for primarily by insulin-independent processes, viz glucose effectiveness in the absence of insulin. There was no significant effect of GLP-1 on SI or basal insulin, and glucagon levels were not different during the glucose tolerance tests with or without GLP-1. Thus, GLP-1 improves glucose tolerance both through its insulinotropic action and by increasing glucose effectiveness. These findings suggest that GLP-1 has direct effects on tissues involved in glucose disposition. Furthermore, this peptide may be useful for studying the process of insulin-independent glucose disposal, and pharmacologic analogues may be beneficial for treating patients with diabetes mellitus. 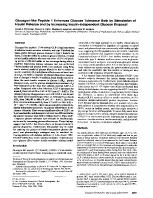 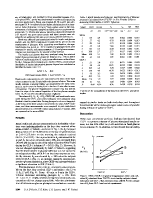 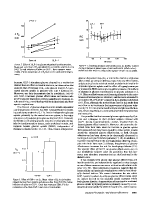 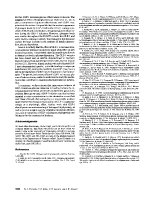