Find articles by May, R. in: JCI | PubMed | Google Scholar

Find articles by England, B. in: JCI | PubMed | Google Scholar

Find articles by Goldberg, A. in: JCI | PubMed | Google Scholar

Metabolic acidosis often leads to loss of body protein due mainly to accelerated protein breakdown in muscle. To identify which proteolytic pathway is activated, we measured protein degradation in incubated epitrochlearis muscles from acidotic (NH4Cl-treated) and pair-fed rats under conditions that block different proteolytic systems. Inhibiting lysosomal and calcium-activated proteases did not reduce the acidosis-induced increase in muscle proteolysis. However, when ATP production was also blocked, proteolysis fell to the same low level in muscles of acidotic and control rats. Acidosis, therefore, stimulates selectively an ATP-dependent, nonlysosomal, proteolytic process. We also examined whether the activated pathway involves ubiquitin and proteasomes (multicatalytic proteinases). Acidosis was associated with a 2.5- to 4-fold increase in ubiquitin mRNA in muscle. There was no increase in muscle heat shock protein 70 mRNA or in kidney ubiquitin mRNA, suggesting specificity of the response. Ubiquitin mRNA in muscle returned to control levels within 24 h after cessation of acidosis. mRNA for subunits of the proteasome (C2 and C3) in muscle were also increased 4-fold and 2.5-fold, respectively, with acidosis; mRNA for cathepsin B did not change. These results are consistent with, but do not prove that acidosis stimulates muscle proteolysis by activating the ATP-ubiquitin-proteasome-dependent, proteolytic pathway. 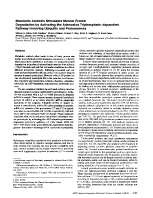 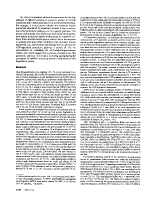 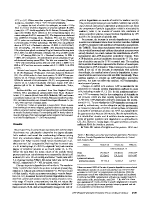 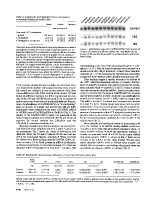 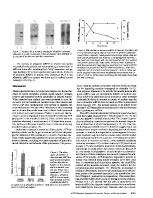 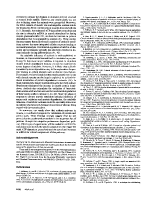 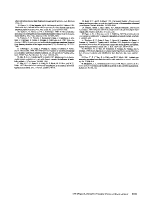