Vascular addressins are induced on islet vessels during insulitis in nonobese diabetic mice and are involved in lymphoid cell binding to islet endothelium.

Find articles by Hänninen, A. in: JCI | PubMed | Google Scholar

In the nonobese diabetic (NOD) mouse, lymphocytic and monocytic infiltration of the pancreatic islets leads to beta cell destruction. To investigate the mechanisms by which lymphocytes enter the NOD pancreas, pancreata were immunostained using monoclonal antibodies to a variety of adhesion molecules known to be involved in lymphocyte binding to vascular endothelium, an initial step in the migration of lymphocytes from blood into organized lymphoid and inflamed tissues. These adhesion molecules include: lymphocyte homing receptors involved in tissue-selective binding of lymphocytes to peripheral lymph node (L-selectin) or mucosal lymphoid tissue (LPAM-1, alpha 4 beta 7-integrin) high-endothelial venules (HEV); and HEV ligands peripheral vascular addressin (PNAd) and mucosal vascular addressin (MAdCAM-1). In NOD pancreata, alpha 4 beta 7 is expressed on most infiltrating cells at all stages of insulitis, whereas L-selectin expression is more pronounced on cells in the islets at later stages. During the development of insulitis, MAdCAM-1 and to a lesser extent PNAd became detectable on vascular endothelium adjacent to and within the inflamed islets. The Stamper-Woodruff in vitro assay was used to examine lymphoid cell binding to such vessels. These functional assays show that both the mucosal (MAdCAM-1/alpha 4 beta 7) and the peripheral (PNAd/L-selectin) recognition systems are involved in this binding. Our findings demonstrate that expression of peripheral and mucosal vascular addressins is induced on endothelium in inflamed islets in NOD pancreas, and that these addressins participate in binding lymphoid cells via their homing receptors. This suggests that these adhesion molecules play a role in the pathogenesis of diabetes in these mice by being involved in the migration of lymphocytes from blood into the inflamed pancreas. 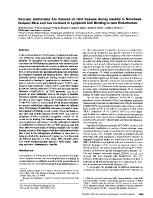 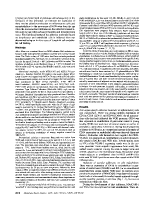 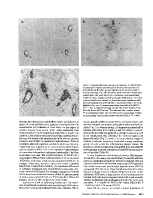 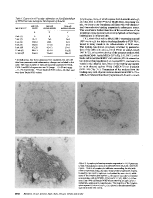 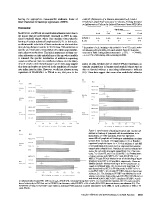 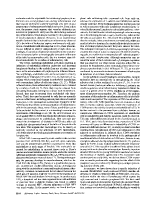 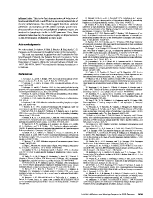