Mutations in exon 3 of the lipoprotein lipase gene segregating in a family with hypertriglyceridemia, pancreatitis, and non-insulin-dependent diabetes.

Find articles by Hata, A. in: JCI | PubMed | Google Scholar

Find articles by Lingam, A. in: JCI | PubMed | Google Scholar

A proband with chylomicronemia, pancreatitis, and non-insulin-dependent diabetes (NIDDM) bears two different mutations in exon 3 of the lipoprotein lipase (LPL) gene: a missense mutation, 75Arg-->Ser, inherited through the paternal line and a truncation, 73Tyr-->Ter, through the maternal line. NIDDM appeared to be independently segregating. The R75S mutant was studied in extracts and media from transfected COS-1 cells. Detectable amounts of catalytically competent R75S LPL suggested destabilization of the active homodimer as with exon 5 mutants (Hata et al. 1992. J. Biol. Chem. 267:20132-20139). Hydrolysis of a short-chain fatty acid ester indicated that R75S does not directly affect activation of LPL by apoC-II. Subjects with NIDDM and wild-type LPL, and nondiabetic middle-aged carriers of the 73Tyr-->Ter truncation had moderate hypertriglyceridemia (260-521 mg/dl) and reduced high density lipoprotein cholesterol. A maternal aunt with NIDDM carried the truncation. Her phenotype (triglycerides of 5,300 mg/dl, eruptive xanthomatosis, and recurrent pancreatitis) was as severe as that in homozygotes or compound heterozygotes. We conclude: (a) diabetic carriers of dysfunctional LPL alleles are at risk for severe lipemia; and (b) the physiologic defects in NIDDM may be additive or synergistic with heterozygous LPL deficiency. 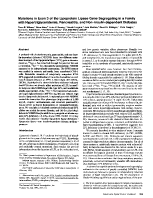 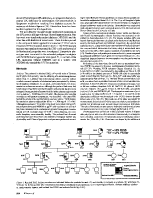 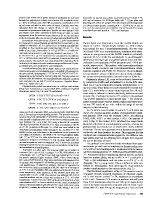 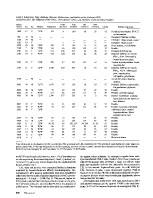 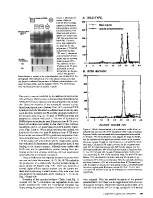 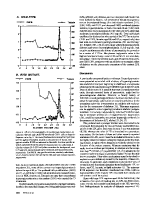 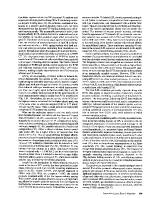 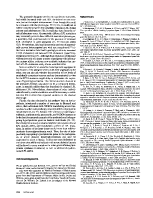 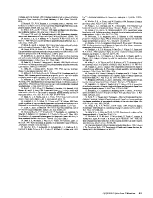