Find articles by Lichtenstein, A. in: JCI | PubMed | Google Scholar

Find articles by Goldin, B. in: JCI | PubMed | Google Scholar

Reductions in dietary fat, saturated fat, and cholesterol have been recommended to reduce the risk of heart disease in our society. The effects of these modifications on human cytokine production and immune responses have not been well studied. 22 subjects > 40 yr of age were fed a diet approximating that of the current American (14.1% of calories as saturated fatty acids, [SFA], 14.5% monounsaturated fatty acids [MUFA], 6.1% [n-6] polyunsaturated fatty acids [PUFA], 0.8% [n-3] PUFA, and 147 mg cholesterol/1,000 calories) for 6 wk, after which time they consumed (11 in each group) one of the two low-fat, low-cholesterol, high-PUFA diets based on National Cholesterol Education Panel (NCEP) Step 2 recommendations (4.0-4.5% SFA, 10.8-11.6% MUFA, 10.3-10.5% PUFA, 45-61 mg cholesterol/1,000 calories) for 24 wk. One of the NCEP Step 2 diets was enriched in fish-derived (n-3) PUFA (low-fat, high-fish: 0.54% or 1.23 g/d eicosapentaenoic acid [EPA] and docosahexaenoic acid [DHA] [121-188 g fish/d]) and the other low in fish-derived (n-3) PUFA (low-fat, low-fish [0.13% or 0.27 g/d EPA and DHA] [33 g fish/d]). Measurements of in vivo and in vitro indexes of immune responses were taken after each dietary period. Long-term feeding of low-fat, low-fish diet enriched in plant-derived PUFA increased blood mononuclear cell mitogenic response to the T cell mitogen Con A, IL-1 beta, and TNF production and had no effect on delayed-type hypersensitivity skin response, IL-6, GM-CSF, or PGE2 production. In contrast, the low-fat, high-fish diet significantly decreased the percentage of helper T cells whereas the percentage of suppressor T cells increased. Mitogenic responses to Con A and delayed-type hypersensitivity skin response as well as the production of cytokines IL-1 beta, TNF, and IL-6 by mononuclear cells were significantly reduced after the consumption of the low-fat, high-fish diet (24, 40, 45, 35, and 34%, respectively; P < 0.05 by two-tailed Student's t test except for IL-1 beta and TNF, which is by one-tailed t test). Our data are consistent with the concept that the NCEP Step 2 diet that is high in fish significantly decreases various parameters of the immune response in contrast to this diet when it is low in fish. Such alterations may be beneficial for the prevention and treatment of atherosclerotic and inflammatory diseases but may be detrimental with regard to host defense against invading pathogens. 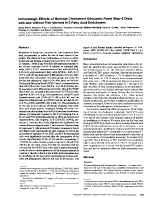 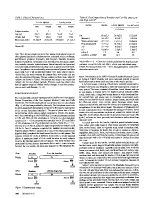 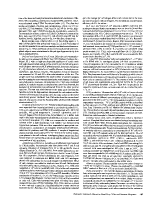 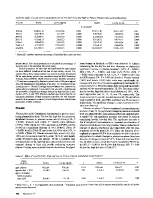 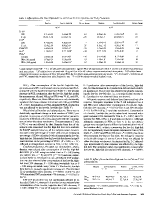 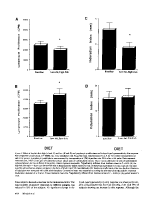 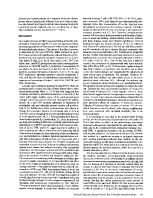 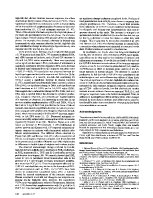 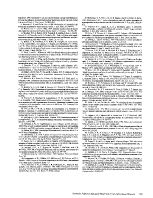