Find articles by Roberts, A. in: JCI | PubMed | Google Scholar

Congenital erythropoietic porphyria (CEP), an inborn error of heme biosynthesis, results from the deficient activity of uroporphyrinogen III synthase (URO-synthase). This autosomal recessive disorder is heterogeneous; patients with severe disease are often transfusion dependent, while milder patients primarily have cutaneous involvement. To investigate this phenotypic heterogeneity, exonic point mutations in the URO-synthase gene were identified in unrelated CEP patients. Four missense mutations were identified: (a) an A to G transition of nucleotide (nt) 184 that predicted a Thr to Ala substitution at residue 62 (designated T62A); (b) a C to T transition of nt 197 that encoded an Ala to Val replacement at residue 66 (A66V); (c) a T to C transition of nt 217 that predicted a Cys to Arg substitution at residue 73 (C73R); and (d) a C to T transition of nt 683 that resulted in a Thr to Met replacement at residue 228 (T228M). In addition, a G to A transition of nt 27 that did not change the encoded amino acid (A9A) was detected in an African patient. The T62A, C73R, and T228M alleles did not express detectable enzymatic activity, while the A66V allele expressed residual, but unstable activity. The C73R allele was present in eight of 21 unrelated CEP patients (21% of CEP alleles). In three patients, identification of both alleles permitted genotype-phenotype correlations; the A66V/C73R, T228M/C73R, and C73R/C73R genotypes had mild, moderately severe, and severe disease, respectively. These findings provide the first genotype-phenotype correlations and permit molecular heterozygote detection in this inherited porphyria. 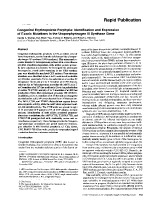 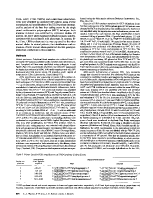 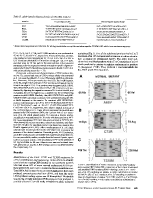 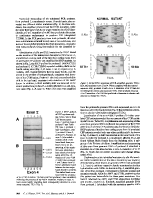 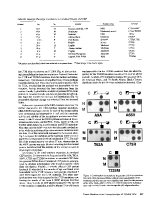 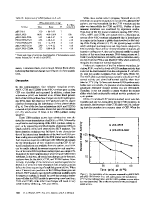 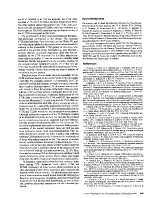 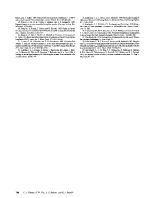