Prediction of relapse or survival after resection in human hepatomas by DNA flow cytometry.

To investigate the change of DNA content and the effect of synthetic phase (S-phase) fraction on hepatocytes and hepatomas, DNA content and S-phase fraction were measured by flow cytometry in human livers and hepatoma tissues. The ploidy status of nontumor parts of resected hepatoma, fetal liver, and focal nodular hyperplasia were diploid, similar to that of the normal liver. Three patterns of DNA ploidy in human hepatoma cells were newly classified, namely, pattern I, diploid tumors; pattern II, aneuploid tumors with single G0/G1 peak; and pattern III, aneuploid tumors with more than one G0/G1 peaks. Among the 130 resectable hepatomas measured for DNA ploidy status, 84 (64.6%) were pattern I, 20 (15.4%) pattern II, and 26 (20%) pattern III. Multivariate analyses for those 130 patients who underwent hepatic resection showed that, in addition to tumor size, DNA ploidy was another prognostic factor in predicting overall survival and disease-free survival. Patients with small tumors (less than 5 cm) had a significantly higher overall survival rate than those with large tumor (greater than 5 cm). Patients with pattern III hepatomas had a significantly lower overall survival rate and a higher recurrent rate than did those with pattern I or pattern II tumors. The S-phase fraction was a significant predictor of overall survival rate in patients with pattern II, but not with pattern I, tumors. We conclude that DNA flow-cytometric measurements of ploidy and S-phase fraction are potential important prognostic predictors in patients with resectable hepatomas. 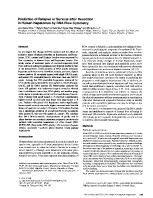 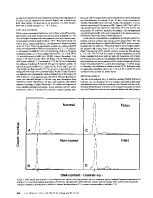 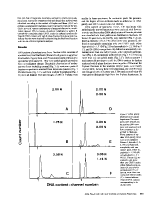 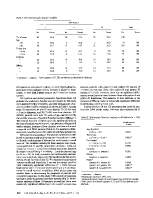 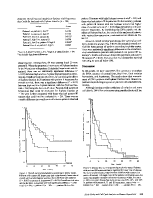 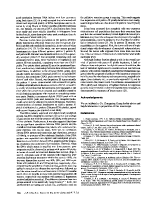 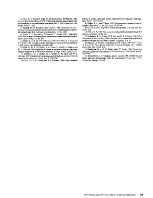