PBMC express cell surface receptors for extracellular matrix components known as integrins. We have recently shown that ligand binding to one PBMC integrin, the collagen receptor alpha 2 beta 1, stimulates the secretion of interleukin 1 (IL-1). We have now investigated the role of fibronectin (Fn), an adherence protein that has binding sites for both PBMC and collagen, in the generation of the IL-1 response to collagen. In contrast to collagen, Fn did not stimulate IL-1 release but Fn-depleted serum decreased the release of IL-1 induced by collagen. A polyclonal antiserum directed against Fn also decreased the collagen-induced IL-1 secretion. The IL-1 response to collagen from cells incubated in Fn-depleted serum was restored by the addition of either purified Fn or the 120-kD cell-binding fragment of Fn, which contains the cell-binding site but not the collagen-binding domain. Smaller Arg-Gly-Asp (RGD) peptides failed to enhance the PBMC response to collagen but inhibited in a concentration-dependent fashion the potentiating effect Fn. As expected, a MAb against the alpha 2 beta 1 collagen receptor decreased collagen-induced IL-1 release. However collagen-induced IL-1 release was also inhibited by a MAb against the alpha 5 beta 1 Fn receptor. The effect of the two MAbs was not additive, suggesting that the occupancy of both receptors by ligands is required in order for collagen to induce an maximal response from PBMC. The mechanism by which Fn exerts its effect remains unknown. However, flow-cytometric analysis revealed that Fn does not alter expression of the alpha2beta1 receptor on PBMC. These data demonstrate a potentiating effect of Fn on the collagen-induced secretion of IL-1 from human PBMC and suggest that this effect is mediated via the integrin alpha5beta1. These findings indicate a complex interactive role for specific integrin receptors in the regulation of the mononuclear cell immune response. 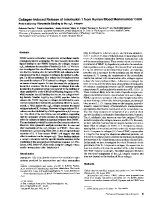 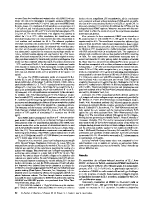 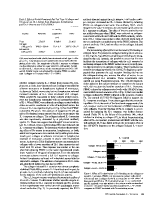 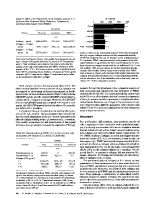 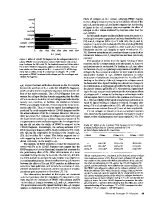 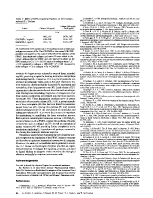 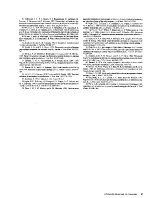