The susceptibility sequence to rheumatoid arthritis is a cross-reactive B cell epitope shared by the Escherichia coli heat shock protein dnaJ and the histocompatibility leukocyte antigen DRB10401 molecule.

Immunological responses to bacterial heat shock proteins have been implicated in the pathogenesis of arthritis in animals and humans. The predicted amino acid sequence of dnaJ, a heat shock protein from Escherichia coli, contains an 11-amino acid segment that is homologous to the third hypervariable region of the human histocompatibility antigen (HLA) DRB10401 (formerly known as HLA Dw4), the part of the molecule that carries susceptibility to rheumatoid arthritis. To test the biological significance of this finding, we expressed and purified recombinant dnaJ (rdnaJ), and determined its immunologic cross-reactivity with HLA DRB10401. A rabbit antipeptide antiserum raised against the sequence of the third hypervariable region of HLA DRB10401 specifically bound to 'dnaJ, thus confirming that a similar sequence is expressed on the bacterial protein. Of greater consequence, an antiserum to the 'dnaJ protein recognized not only a peptide from the third hypervariable region of HLA DRB10401, but also the intact HLA DRB10401 polypeptide. Furthermore, the antibody to 'dnaJ reacted with HLA DRB10401 homozygous B lymphoblasts, but not with HLA DRB11501, DRB10101, DRB10301, and DRB10701 (formerly known as HLA Dw2, DR 1, DR 3, and DR 7, in the same order) homozygous cells. These results demonstrate that exposure to a bacterial heat shock protein can elicit antibodies against the rheumatoid arthritis susceptibility sequence in the third hypervariable region of HLA DRB10401. 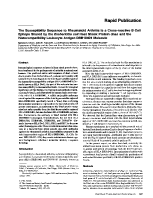 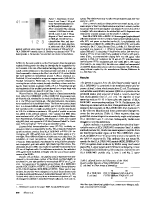 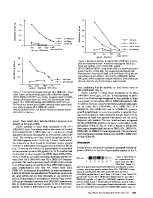 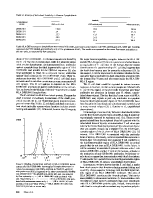 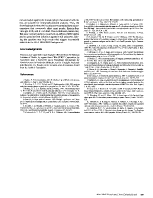