On the binding of tumor necrosis factor (TNF) to heparin and the release in vivo of the TNF-binding protein I by heparin.

Find articles by Olsson, I. in: JCI | PubMed | Google Scholar

Tumor necrosis factor (TNF), a protein released by activated macrophages, is a central mediator of the host response to infection and inflammation. The TNF-binding protein I (TNF-BP-I) is a soluble fragment of the p60 transmembrane TNF receptor and an antagonist to TNF. The level of serum TNF-BP-I was found to be increased in patients with renal insufficiency as a result of a decrease in the glomerular filtration rate. During hemodialysis of patients with renal failure there was a rapid but transient increase in serum TNF-BP-I. This increase was found to be caused by heparin given before dialysis and a similar dose-dependent response to heparin was observed also in healthy individuals. The finding of a repeated release of TNF-BP-I into the circulation with intermittent injections of heparin indicates that TNF-BP-I is present both in a storage pool and in a circulating pool. The mechanism for the heparin-mediated release of TNF-BP-I was not explained; TNF-BP did not show affinity for heparin. On the other hand, TNF was found to have affinity for heparin and it could also be dissociated from heparin by TNF-BP-I. It is suggested that heparin-like molecules of the extracellular matrix can retain TNF in physical proximity with target cells and restrict the actions of TNF and protect against systemic harmful manifestations. 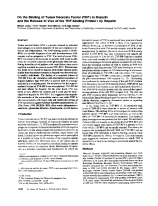 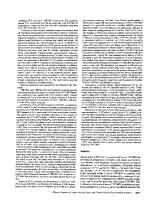 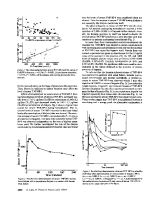 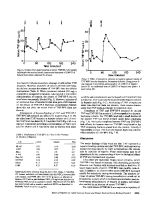 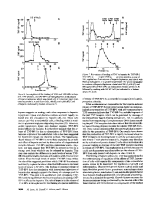 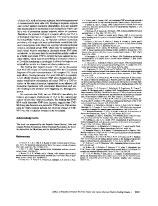