Studies were conducted to assess the mitogenic effect of lysosomal hydrolases, enzymes known to have an association with allergen- or ozone-induced airway hyperreactivity, on bovine tracheal myocytes in culture. Addition of purified human placental beta-hexosaminidase and partially purified bovine liver beta-glucuronidase resulted in the doubling of cell count after 4 d of incubation in medium M199 with 0.4% FBS. Unstimulated cells remained quiescent without a significant increase of cell count. Lysosomal hydrolases also selectively enhanced 3H-thymidine incorporation four to seven times more than that in vehicle-treated cells or cells treated with endotoxin, a common contaminant of purified enzymes. Ovalbumin (glycoprotein control), pronase, and lysozyme caused a modest but statistically insignificant increase (up to twofold) in 3H-thymidine incorporation. Elastase, collagenase and dialyzed E. coli beta-glucuronidase had no effect. The mitogenic effect of hydrolases was equally seen in quiescent, serum-depleted cells as well as in those maintained in medium with 10% FBS, suggesting that it was independent of serum factors. The effect of lysosomal hydrolases was inhibited by exposure to yeast mannan, and mannosylated human serum albumin had a mitogenic effect, suggesting the involvement of a mannose receptor. We conclude that lysosomal hydrolases may play a role in the development of the hyperplasia/hypertrophy of respiratory smooth muscle. 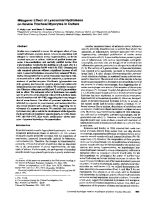 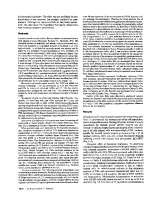 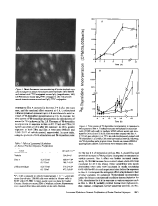 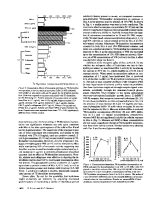 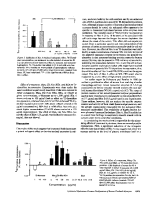 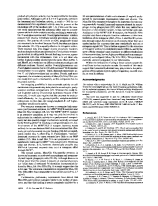 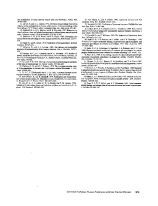