Find articles by Hamosh, A. in: JCI | PubMed | Google Scholar

Find articles by Trapnell, B. in: JCI | PubMed | Google Scholar

Find articles by Rosenstein, B. in: JCI | PubMed | Google Scholar

Cystic fibrosis (CF) is the most common, lethal inherited disorder in the Caucasian population. We have recently reported two African-American patients with nonsense mutations in each CF gene and severe pancreatic disease, but mild pulmonary disease. In order to examine the effect of these nonsense mutations on CF gene expression, bronchial and nasal epithelial cells were obtained from one of these patients (no. 246), a compound heterozygote for nonsense mutations R553X and W1316X; a healthy normal individual; a patient (no. 528) homozygous for the common CF mutation (delta F508); and a CF patient (no. 272) who carries the R553X mutation and a missense mutation, S549N. When mRNA from bronchial cells of the normal individual, the delta F508 homozygote, and the S549N/R553X compound heterozygote was reverse transcribed and amplified by polymerase chain reaction using primers derived from the CF gene, DNA fragments of the predicted size were observed. However, patient no. 246 with nonsense mutations in each CF gene has no detectable cystic fibrosis transmembrane conductance regulator (CFTR) messenger RNA, and therefore should have severely diminished, and possibly absent, CFTR protein. Furthermore, less than 2% of the CFTR transcripts in nasal epithelial cells from patient no. 272 (S549N/R553X) were derived from the gene with the nonsense mutation. We conclude that severe reduction in CFTR mRNA causes CF, but can have different consequences in the lung and pancreas. 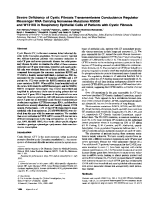 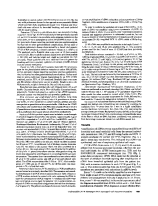 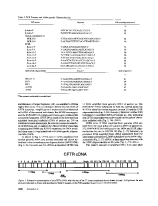 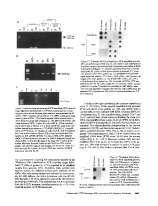 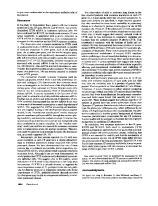 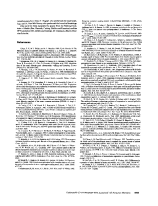