Find articles by Sharifi, B. in: JCI | PubMed | Google Scholar

Parathyroid hormone-related protein (PTHrP), which is responsible for producing hypercalcemia in patients with humoral hypercalcemia of malignancy, has recently been identified in several normal tissues. Because PTHrP, like parathyroid hormone (PTH), is known to exhibit vasodilatory properties, we investigated the expression and regulation of PTHrP mRNA in cultured rat aortic smooth muscle cells (SMC). We report here that PTHrP mRNA is expressed in SMC and is markedly induced by serum in a time- and concentration-dependent fashion. Addition of 10% fetal calf serum to serum-deprived, confluent cells, resulted in a marked induction of PTHrP mRNA by 2 h with a peak at 4-6 h. PTHrP was detected in SMC by immunocytochemistry and radioimmunoassay of conditioned medium, and was shown to be up-regulated within 24 h after the addition of serum. The serum induction of PTHrP mRNA was blocked by actinomycin D and by cycloheximide indicating the need for protein synthesis to evoke the serum effect on PTHrP gene transcription. In addition, treatment with dexamethasone, which has been previously shown to reduce the constitutive expression of PTHrP in human cancer cells, also blunted the serum induction of PTHrP mRNA in SMC. Treatment of quiescent cells with the serum mitogens platelet-derived growth factor or insulin-like growth factor-I had no effect on PTHrP, whereas the vasoactive peptides endothelin, norepinephrine and thrombin stimulated PTHrP expression. Exogenous addition of recombinant PTHrP-(1-141) had no significant effect on SMC DNA synthesis as measured by [3H]thymidine incorporation. In summary, the abundance of PTHrP mRNA and the characteristics of its regulation in SMC suggest a major role for PTHrP as a local modulator in vascular smooth muscle. 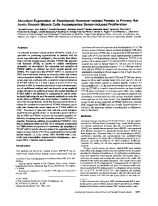 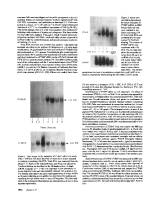 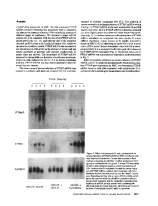 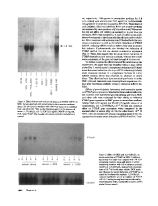 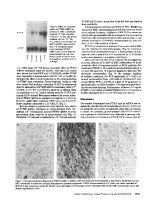 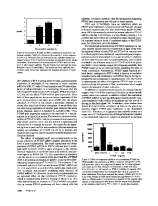 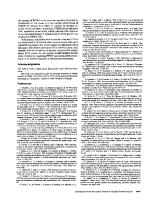