Find articles by Eisen, A. in: JCI | PubMed | Google Scholar

Mononuclear phagocytes are developmentally and functionally complex cells that play critical roles in extracellular matrix remodeling. We hypothesized that differentiated mononuclear phagocytes, typified by alveolar macrophages, use a spectrum of metalloproteinases to degrade various matrix macromolecules. To test this hypothesis, we have evaluated synthesis and secretion of four metalloproteinases (interstitial collagenase, stromelysin, 72-kD type IV collagenase, and 92-kD type IV collagenase) by human mononuclear phagocytes with regard to (a) the effect of cellular differentiation, (b) regulation of secretion, and (c) comparisons/contrasts with a prototype metalloproteinase-secretory cell, the human fibroblast. We found that regulated secretion of greater quantities and a wider spectrum of metalloenzymes correlated with a more differentiated cellular phenotype. As extreme examples, the 92-kD type IV collagenase was released by peripheral blood monocytes and uninduced U937 monocyte-like cells, whereas stromelysin was secreted only by lipopolysaccharide-stimulated alveolar macrophages. Macrophage production of interstitial collagenase, stromelysin, and 72-kD type IV collagenase was approximately 20%, 10%, and 1-2%, respectively, of that from equal numbers of fibroblasts; secretion of the 92-kD type IV collagenase was not shared by fibroblasts. This work confirms the potential of macrophages to directly degrade extracellular matrix via secreted metalloproteinases in a manner that differs both qualitatively and quantitatively from that of fibroblasts. Moreover, varying regulation of metalloenzyme synthesis, evidenced by distinct patterns of basal and stimulated secretion during differentiation, can be studied at a molecular level in this model system. 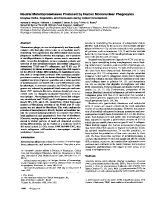 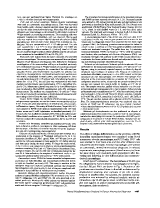 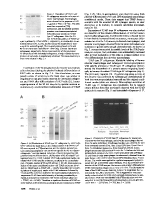 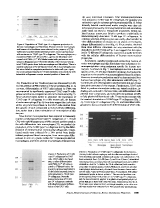 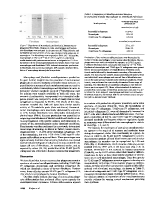 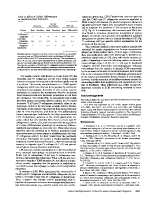 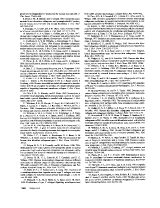