Polyclonal B cell activation in lupus-prone mice precedes and predicts the development of autoimmune disease.

Polyclonal B cell activation is an early feature of autoimmune disease in humans and mice with systemic lupus erythematosus. The contribution of polyclonal activation to the progression of autoimmunity is unclear, however, since it precedes the development of end-organ damage by months or years. To examine this issue, 109 autoimmune-prone (NZB X NZW)F1 X NZB backcross mice were hemi-splenectomized at 10 wk and the number and antigenic specificity of their Ig-secreting B cells quantitated by ELISA spot assay. Of the 61 mice that had polyclonally increased numbers of Ig-secreting cells/spleen, 31 died by 6 mo. In contrast, 0/48 backcross mice with normal numbers of Ig-secreting B cells at 10 wk died over the same period (P less than 0.001). Polyclonally activated mice also developed proteinuria earlier and more frequently than littermates with normal numbers of Ig-secreting cells (P less than 0.001). As adults, backcross mice with proteinuria expressed repertoires skewed towards the production of anti-DNA antibodies. At 10 wk these same mice expressed repertoires marked by polyclonal activation rather than preferential anti-DNA production. These findings indicate that autoimmune disease in SLE is accompanied by the autoantigen-driven production of autoantibodies but is preceded and predicted by polyclonal B cell activation. 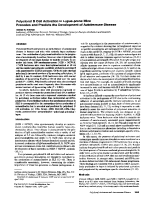 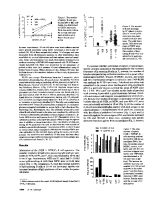 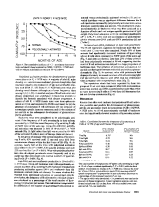 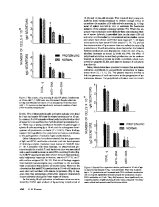 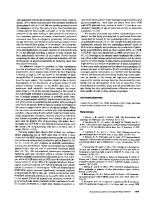 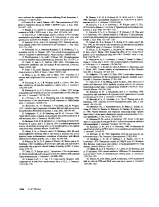