Fibrosis is a complex process involving an inflammatory reaction, fibroblast proliferation, and abnormal accumulation of interstitial collagens. Mononuclear cells are usually present in lung fibrosis. Activated monocytes and macrophages in culture have been shown to produce several growth factors including platelet-derived growth factor (PDGF). PDGF is a potent mitogen and chemoattractant for fibroblasts and smooth muscle cells and a stimulator of collagen synthesis. We have studied the expression of c-sis/PDGF-2 mRNA in lung tissues derived from five patients with idiopathic pulmonary fibrosis (IPF) and from four control individuals without IPF. Northern blot analysis of specimens obtained from four patients with IPF revealed the expression of the c-sis/PDGF-2 protooncogene. A control lung tissue without IPF did not express the c-sis protooncogene. In situ hybridization extended these studies demonstrating the expression of the c-sis mRNA in the five specimens with IPF but not in the four control specimens without IPF. The expression of c-sis mRNA was localized primarily in the epithelial cells. Invading alveolar macrophages also expressed c-sis mRNA. The expression of c-sis mRNA was accompanied by the expression of PDGF-like proteins in lung specimens with IPF but not in control lung specimens. These findings demonstrate the in vivo expression of the c-sis/PDGF-2 protooncogene and the production of PDGF-like proteins in the epithelial cells and macrophages of the fibrotic tissue. This localized and sustained production of PDGF-like mitogen may constitute an important contributing factor in the abnormal fibroblast proliferation and collagen production, events associated with pulmonary fibrosis. 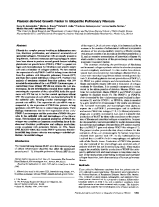 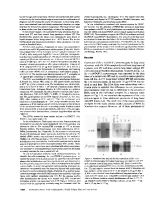 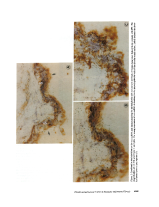 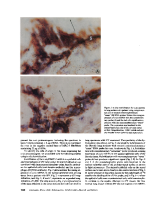 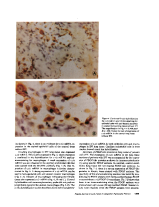 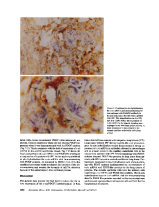 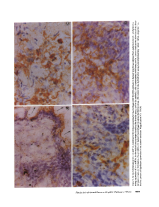 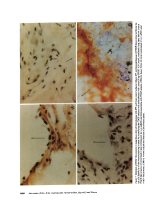 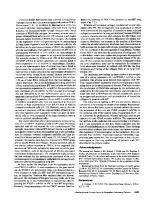 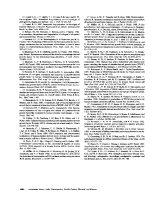