The time course of the relative myocardial phosphocreatine and adenosine triphosphate contents (PCr/ATP) during step changes in heart rate in vivo was studied in 14 dogs using 31P nuclear magnetic resonance (NMR) to determine if transient changes in the high energy phosphates occur with changes in cardiac work. Coronary sinus blood flow (CF), oxygen consumption (MVO2), and NMR data were simultaneously measured during brief (approximately 3 min), paced increases in heart rate in these open chest animals. 31P spectra were collected with a time resolution of 15-16 s (PCr signal to noise 22-41:1). Paced tachycardia associated with increased CF and MVO2 had no significant transient or sustained effect on PCr/ATP. Higher heart rates, associated with decreased CF and blood pressure, caused rapid decreases of PCr/ATP that were reversible upon return to control rates. These data indicate that there are no transient changes in 31P metabolites (on a 15-16-s time base) during step changes in cardiac work associated with increased CF. This lack of change demonstrates that ATP hydrolysis and production are closely matched and that the feedback mechanism linking these processes occurs rapidly with no detectable transient change in the phosphate metabolites. In contrast, when the CF response to tachycardia is insufficient PCr is quickly depleted. This latter result suggests that the PCr/ATP ratio may be a sensitive, rapidly responding indicator of coronary supply/demand mismatching in vivo. 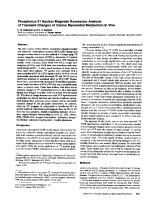 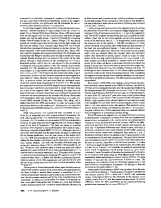 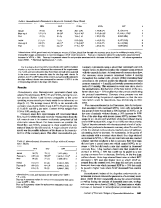 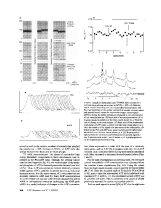 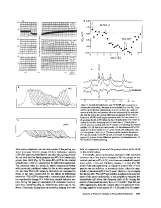 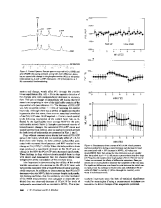 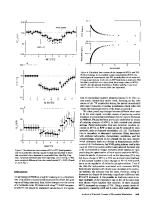 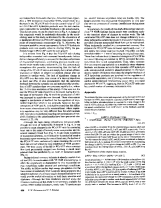 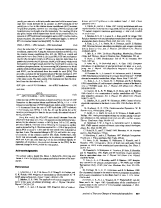 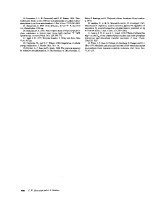