Ultrastructural localization of cytochrome b in the membranes of resting and phagocytosing human granulocytes.

Find articles by Jesaitis, A. in: JCI | PubMed | Google Scholar

Affinity-purified rabbit anti-neutrophil cytochrome b light or heavy chain antibodies were used to immunocytochemically and biochemically localize cytochrome b in neutrophils and eosinophils. The antibodies were monospecific, recognizing polypeptides of 91 and 22 kD, respectively, on Western blots of whole neutrophil extracts. The antibodies were used in Western blot analysis of subcellular fractions of purified neutrophils to confirm that the distribution of cytochrome b spectral absorbance matched that of the two subunits. Thin sections of cryofixed, molecular distillation-dried granulocytes were labeled with the anti-cytochrome b antibodies, followed by incubation with biotin-conjugated secondary antibody, and final labeling with streptavidin-conjugated colloidal gold. Electron microscopy revealed that the cytochrome b light and heavy chains were localized primarily (80%) to 0.1-0.2-micron round or elliptical granule-like structures in neutrophils and 0.4-0.5-micron granules in eosinophils. Approximately 20% of the cytochrome b was localized to the surface, confirming the subcellular fractionation studies. Double staining experiments on the neutrophils, using polyclonal rabbit anti-lactoferrin antibody, indicated that the cytochrome-bearing structures also contained lactoferrin and thus were specific granules. When the analysis was performed on neutrophils that had phagocytosed Staphylococcus aureus, cytochrome b was found in the phagosomal membrane adjoining the bacterial cell wall. 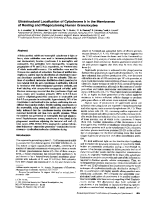 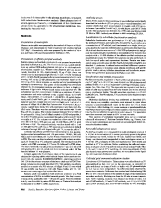 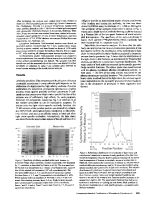 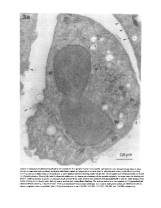 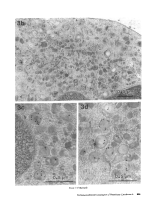 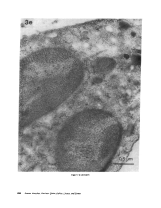 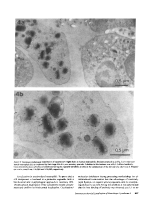 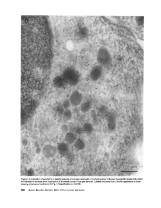 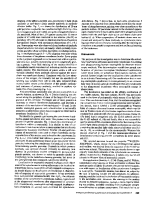 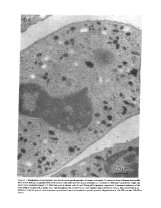 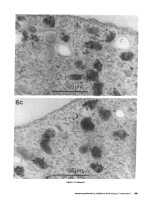 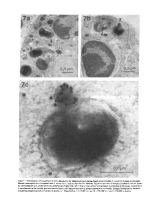 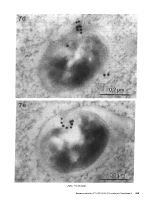 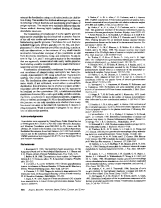 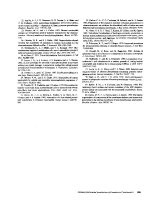