Effect of ethanol on polyamine synthesis during liver regeneration in rats.

Find articles by Diehl, A. in: JCI | PubMed | Google Scholar

Ethanol consumption retards the hepatic regenerative response to injury. This may contribute to the pathogenesis of liver injury in alcoholic individuals. The mechanisms responsible for ethanol-associated inhibition of liver regeneration are poorly understood. To determine if the antiregenerative effects of ethanol involve modulation of polyamine metabolism, parameters of polyamine synthesis were compared before and during surgically induced liver regeneration in ethanol-fed rats and isocalorically maintained controls. After partial hepatectomy, induction of the activity of ornithine decarboxylase (ODC), the rate limiting enzyme for polyamine synthesis, was delayed in rats that had been fed ethanol. This was correlated with reduced levels of putrescine, ODC's immediate product. Increases in hepatic spermidine and spermine were also inhibited. Differences in ODC activity between ethanol-fed and control rats could not be explained by differences in the expression of ODC mRNA or by differences in ODC apoenzyme concentrations, suggesting that chronic ethanol intake inactivates ODC posttranslationally. Supplemental putrescine, administered at partial hepatectomy and 4 and 8 h thereafter, increased hepatic putrescine concentrations and markedly improved DNA synthesis and liver regeneration in ethanol-fed rats. These data suggest that altered polyamine metabolism may contribute to the inhibition of liver regeneration that occurs after chronic exposure to ethanol. 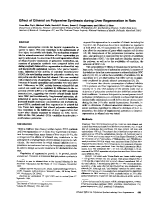 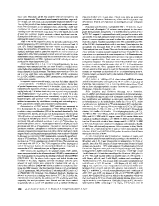 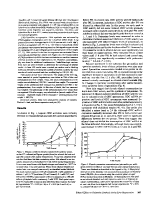 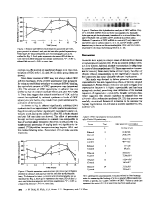 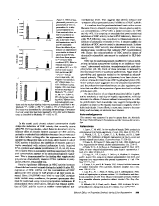 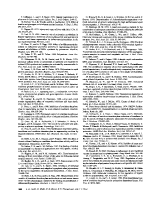