End-stage renal disease and diabetes catalyze the formation of a pentose-derived crosslink from aging human collagen.

Structure elucidation of a specific fluorophore from the aging extracellular matrix revealed the presence of a protein crosslink formed through nonenzymatic glycosylation of lysine and arginine residues. The unexpected finding that a pentose instead of a hexose is involved in the crosslinking process suggested that the crosslink, named pentosidine, might provide insight into abnormalities of pentose metabolism in aging and disease. This hypothesis was investigated by quantitating pentosidine in hydrolysates of 103 human skin specimens obtained randomly at autopsy. Pentosidine level was found to increase exponentially from 5 to 75 pmol/mg collagen over lifespan (r = 0.86, P less than 0.001). A three- to tenfold increase was noted in insulin-dependent diabetic and nondiabetic subjects with severe end-stage renal disease requiring hemodialysis (P less than 0.001). Moderately elevated levels were also noted in some very old subjects, some subjects with non-insulin dependent diabetes, and two subjects with cystic fibrosis and diabetes. The cause of the abnormal pentose metabolism in these conditions is unknown but may relate to hemolysis, impaired pentose excretion, cellular stress, and accelerated breakdown of ribonucleotides. Thus, pentosidine emerges as a useful tool for assessment of previously unrecognized disorders of pentose metabolism in aging and disease. Its presence in red blood cells and plasma proteins suggests that it might be used as a measure of integrated pentosemia in analogy to glycohemoglobin for the assessment of cumulative glycemia. 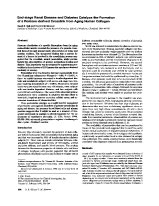 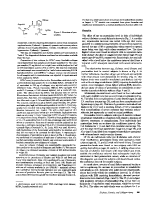 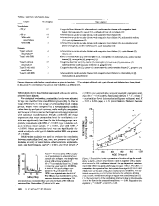 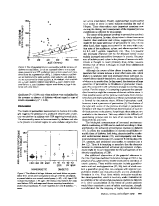 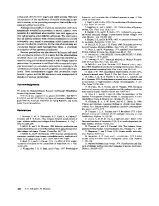