To determine the timing and location of renal cell regeneration after ischemic injury to the kidney and to assess whether exogenous epidermal growth factor (EGF) enhances this regenerative repair process to accelerate recovery of renal function, experiments were undertaken in rats undergoing 30 min of bilateral renal artery clamp ischemia followed by reperfusion for varying time intervals. Renal cell regeneration, as reflected by incorporation of radiolabeled thymidine within the kidney, began between 24 to 48 h and reached a peak at 72 h after renal ischemia. As demonstrated by histoautoradiography, renal thymidine incorporation was essentially confined to tubule cells. Morphometric analysis of histoautoradiograph sections of renal tissue demonstrated that the majority of labeled cells were found in renal cortex, but some labeled cells were also located in the inner stripe of the outer medulla, suggesting that injury to medullary thick ascending limbs also occurs in this ischemic model. Exogenous EGF administration produced increases in renal thymidine incorporation compared with non-treated animals at 24, 48, and 72 h after ischemic injury. This accelerated DNA replicative process was associated with significantly lower peak blood urea nitrogen (BUN) and serum creatinine levels, averaging 63 +/- 20 and 3.1 +/- 0.4 mg/dl in EGF-treated ischemic rats compared with 149 +/- 20 and 5.1 +/- 0.1 mg/dl, respectively, in nontreated ischemic rats, and was also associated with a return to near normal BUN and serum creatinine levels in EGF-treated animals approximately 4 d earlier than that observed in nontreated animals. This report is the first demonstration that EGF accelerates the repair process of a visceral organ after an injurious insult. 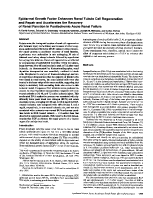 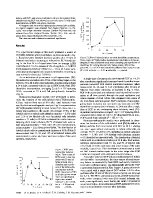 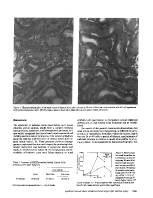 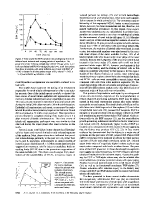 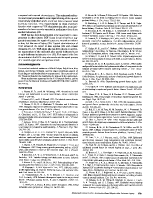