The human platelet alloantigens, PlA1 and PlA2, are associated with a leucine33/proline33 amino acid polymorphism in membrane glycoprotein IIIa, and are distinguishable by DNA typing.

The human platelet alloantigens, PlA1 and PlA2, comprise a diallelic antigen system located on a component of the platelet fibrinogen receptor, membrane glycoprotein (GP) IIIa. Of the known platelet alloantigens, PlA1, which is carried by 98% of the caucasian population, appears to be the alloantigen that most often provokes neonatal alloimmune thrombocytopenic purpura and posttransfusion purpura. The structural features of the GPIIIa molecule responsible for its antigenicity are as yet unknown. Using the polymerase chain reaction (PcR), we amplified the NH2-terminal region of platelet GPIIIa mRNA derived from PlA1 and PlA2 homozygous individuals. Nucleotide sequence analysis of selected amplified cDNA products revealed a C in equilibrium T polymorphism at base 196 that created a unique Nci I restriction enzyme cleavage site in the PlA2, but not the PlA1 form of GPIIIa cDNA. Subsequent restriction enzyme analysis of cDNAs generated by PcR from 10 PlA1/A1, 5 PlA2/A2, and 3 PlA1/A2 individuals showed that Nci I digestion permitted clear discrimination between the PlA1 and PlA2 alleles of GPIIIa. All PlA2/A2 individuals studied contain a C at base 196, whereas PlA1 homozygotes have a T at this position. This single base change results in a leucine/proline polymorphism at amino acid 33 from the NH2-terminus, and is likely to impart significant differences in the secondary structures of these two allelic forms of the GPIIIa molecule. The ability to perform DNA-typing analysis for PlA phenotype may have a number of useful clinical applications, including fetal testing and determination of the phenotype of severely thrombocytopenic individuals. 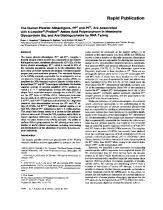 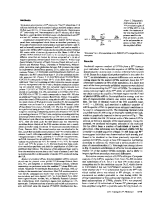 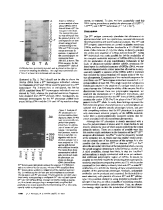 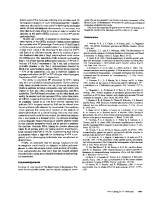