Characterization of MB creatine kinase isoform conversion in vitro and in vivo in dogs.

Find articles by Strauss, A. in: JCI | PubMed | Google Scholar

Time-dependent removal of the COOH-terminal lysine residue from each subunit of tissue MM creatine kinase by plasma carboxypeptidase N produces two additional isoforms that are readily separated, thereby permitting sensitive, early detection of acute myocardial infarction. Only two isoforms of MB creatine kinase have been detected in plasma leading to speculation that the COOH-terminal lysine on the B subunit is resistant to hydrolysis. To define the biochemical changes resulting in MB creatine kinase isoform conversion, we incubated highly purified MB creatine kinase from canine myocardium with plasma carboxypeptidase N. Quantitative anion-exchange chromatography of incubation mixtures and serial plasma samples from dogs subjected to coronary occlusion revealed a second, more acidic form evolved with time that was separated from the tissue isoform. Cyanogen bromide digestion of the two isoforms followed by amino acid sequencing of COOH-terminal peptides showed that MB creatine kinase undergoes removal of the COOH-terminal lysine residue from both M and B subunits. An intermediate form lacking lysine on the M subunit was delineated during incubations by the combined use of anion-exchange chromatography and conventional electrophoretic techniques. Thus, sequential cleavage of lysine from subunits of MB creatine kinase produces an intermediate isoform that has not been detected previously because of difficulties separating it from the tissue and fully converted isoforms. 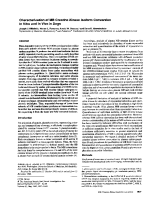 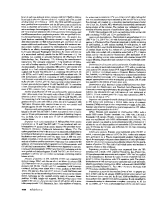 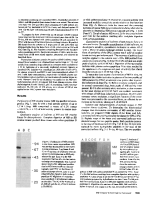 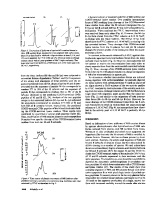 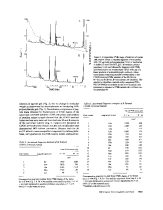 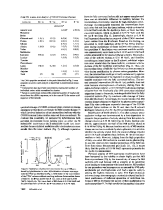 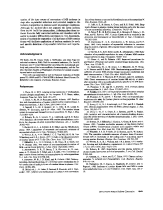