Although viral upper respiratory infections (URIs) provoke wheezing in many asthma patients, the effect of these illnesses on the airway response to inhaled antigen is not established. The following study evaluated the effect of an experimental rhinovirus (RV) illness on airway reactivity and response to antigen in 10 adult ragweed allergic rhinitis patients. Preinfection studies included measurements of airway reactivity to histamine and ragweed antigen. Furthermore, the patients were also evaluated for late asthmatic reactions (LARs) to antigen (a 15% decrease in forced expiratory volume of the first second approximately 6 h after antigen challenge). 1 mo after baseline studies, the patients were intranasally inoculated with live RV16. All 10 patients were infected as evidenced by rhinovirus recovery in nasal washings and respiratory symptoms. Baseline FEV1 values were stable throughout the study. During the acute RV illness, there was a significant increase in airway reactivity to both histamine and ragweed antigen (P = 0.019 and 0.014, respectively). Before RV inoculation, only 1 of the 10 subjects had an LAR after antigen challenge. However, during the acute RV illness, 8 of 10 patients had an LAR (P less than 0.0085 compared with baseline); the development of LARs was independent of changes in airway reactivity and the intensity of the immediate response to antigen. Therefore, we found that not only does a RV respiratory tract illness enhance airway reactivity, but it also predisposes the allergic patient to develop LARs, which may be an important factor in virus-induced bronchial hyperresponsiveness. 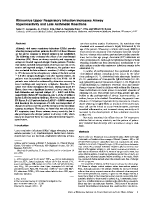 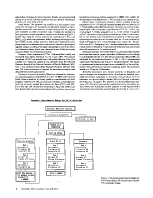 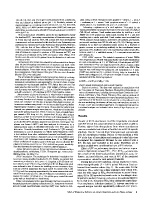 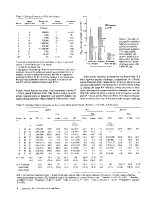 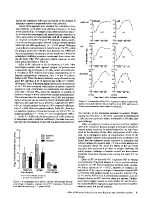 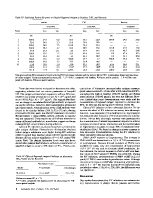 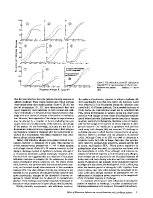 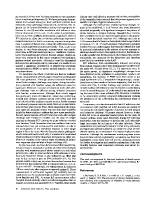 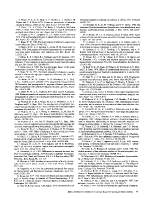 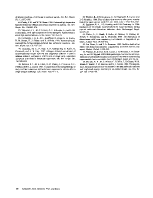