R Alam, J A Grant, and M A Lett-Brown

Human mononuclear cells (MNC) secrete histamine-releasing factor(s) (HRF) when cultured in vitro. HRF induces the release of histamine and other mediators from basophils and mast cells. We have shown that MNC also produced a histamine release inhibitory factor (HRIF), and that the synthesis is augmented by culture with physiologic concentrations of histamine (10(-10) to 10(-6) M) and by the mitogen concanavalin A (Con A). HRIF does not affect release initiated by other secretagogues such as allergen, anti-IgE, C5a, Con A, and phorbol myristate acetate. HRIF requires a preincubation with the cells for 5-10 min for maximal inhibition, and this effect is not abolished by washing the cells after the preincubation. The biological activity of HRIF is protease-sensitive, neuraminidase-resistant, and relatively heat-stable. HRIF can be distinguished from HRF by a lower apparent molecular mass (8,000-10,000 D). 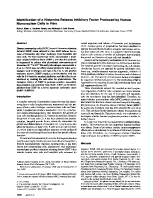 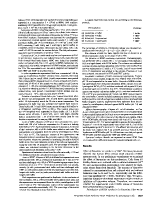 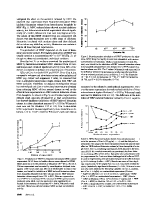 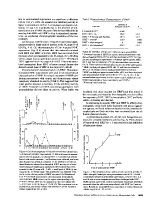 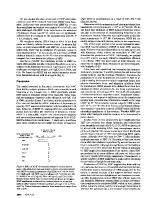 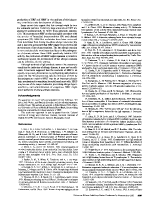 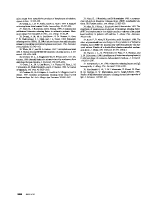