Protease inhibitors suppress the in vitro and in vivo replication of rotavirus.

Rotaviruses are major causes of infectious gastroenteritis in humans and other animals. We found that a variety of protease inhibitors suppressed the replication of the SA-11 strain of rotavirus in MA-104 cell cultures. Three of these compounds, leupeptin, pentamidine, and bis (5-amidino-2-benzimidazolyl) methane (BABIM) also restricted the intestinal replication of the murine strain of rotavirus when protease inhibitor and virus were administered simultaneously to suckling mice. Repeated administration of BABIM resulted in significantly reduced levels of intestinal rotaviral antigen even if administration of the compound was begun as late as 48 h after viral inoculation. Additionally, BABIM-treated animals had significantly less intestinal replication of rotavirus than did placebo-treated controls when placed in a heavily rotavirus-contaminated environment. The use of protease inhibitors represents a novel approach to the control of this important gastrointestinal pathogen and is a potential modality for the prevention and treatment of diseases caused by other enteric viruses, for which proteolytic cleavage is necessary for efficient replication. 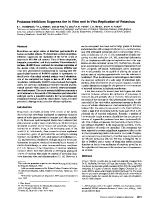 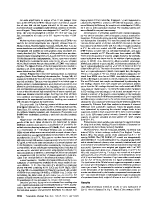 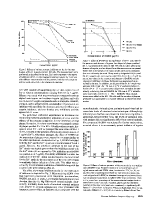 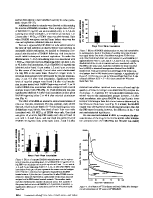 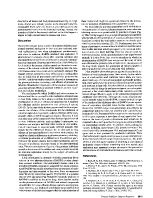 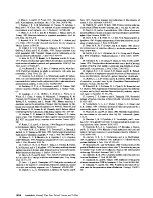