Find articles by Morrison, A. in: JCI | PubMed | Google Scholar

Previous studies have demonstrated that bradykinin stimulates the rapid release of inositol 1,4,5 trisphosphate (IP3) from membrane phosphatidylinositol 4,5 bisphosphate (PIP2) in Madin-Darby canine kidney (MDCK) cells. Since current evidence would suggest that the activation of phospholipase C (PLC) is mediated through a guanine nucleotide-binding protein in receptor-mediated activation of PLC, we evaluated the role of guanine nucleotide proteins in receptor-mediated (bradykinin-stimulated) activation of PLC in MDCK cells. Bradykinin at 10(-7) M produced a marked increase in IP3 formation within 10 s increasing from a basal level of 46.2 to 686.6 pmol/mg cell protein a 15-fold increase. Pretreatment of MDCK cells in culture with 200 ng/ml of pertussis toxin for 4 h reduced the bradykinin-stimulated response to 205.8 pmol/mg protein. A 41-kD protein substrate in MDCK membranes was ADP ribosylated in vitro in the presence of pertussis toxin. The ADP ribosylation in vitro was inhibited by pretreatment of the cells in culture with pertussis toxin. Membranes from MDCK cells incubated in the presence of [3H]PIP2/phosphatidyl ethanolamine liposomes demonstrated hydrolysis of [3H]PIP2 with release of [3H]IP3 when GTP 100 microM or GTP gamma S 10 microM was added. Bradykinin 10(-7) M added with GTP 100 microM markedly increased the rate of hydrolysis within 10 s, thus demonstrating a similar time course of PLC activation as intact cells. These results demonstrate that bradykinin binds to its receptor and activates a membrane-associated PLC through a pertussis toxin-sensitive, guanine nucleotide protein. 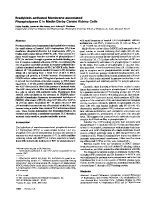 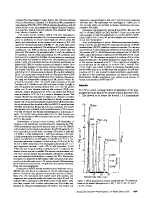 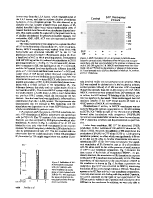 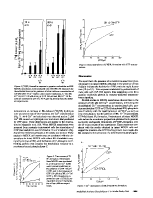 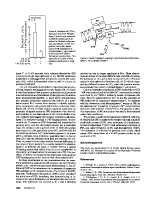 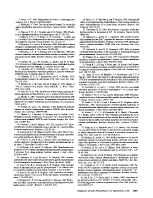 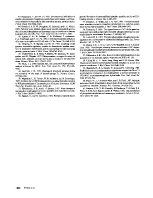