Find articles by Tobler, A. in: JCI | PubMed | Google Scholar

Find articles by Norman, A. in: JCI | PubMed | Google Scholar

We recently showed that 1,25(OH)2D3 sensitively inhibited the expression of granulocyte-macrophage colony-stimulating factor (GM-CSF) in normal human mitogen-activated peripheral blood lymphocytes and in the human T lymphotropic virus I immortalized T cell line known as S-LB1 at the levels of both mRNA and protein. Using S-LB1 cells as a model system the present paper identifies at least in part the mechanisms by which 1,25(OH)2D3 regulates the expression of GM-CSF. Time-course studies demonstrated that by 6 and 48 h of exposure of S-LB1 cells to 1,25(OH)2D3 (10(-8) M) the GM-CSF mRNA levels were reduced by 50 and 90%, respectively. Studies using cycloheximide as a protein synthesis inhibitor showed that the inhibitory action of 1,25(OH)2D3 on GM-CSF expression was dependent on new protein synthesis. In vitro nuclear run-on assays demonstrated that 1,25(OH)2D3 (10(-8) M) did not change the rate of transcription of the GM-CSF gene. The t1/2 of GM-CSF mRNA, however, was profoundly reduced by 1,25(OH)2D3 when transcription was blocked by actinomycin D compared with the half-life of GM-CSF in the presence of actinomycin D alone (t1/2, less than 0.5 and 4 h, respectively). Taken together, these results demonstrate that 1,25(OH)2D3 regulates expression of the lymphokine GM-CSF posttranscriptionally by influencing the stability of GM-CSF mRNA. 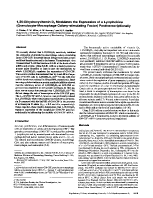 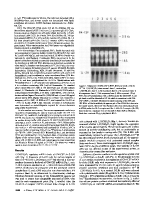 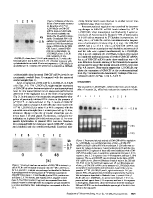 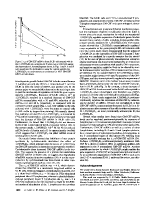 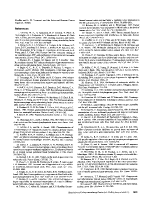