Involvement of fertilization antigen (FA-1) in involuntary immunoinfertility in humans.

Sera from immunoinfertile patients (n = 32) and fertile controls (n = 20) were analyzed for cross-reaction with a purified and characterized sperm-specific glycoprotein, the fertilization antigen (FA-1), employing an enzyme-linked immunosorbent assay. The immunoinfertile sera demonstrated a strong reaction with FA-1 when compared with fertile control sera. There was no correlation between the reaction of sera with FA-1 and the titers obtained through the sperm agglutination technique and the sperm immobilization technique. Immunoinfertile sera showed binding with the protein bands in the regions corresponding to FA-1 on Western blots involving sodium deoxycholate-solubilized human sperm. Antigens isolated with immunoaffinity chromatography involving immunoinfertile sera also demonstrated antigen bands corresponding to FA-1 in sodium dodecyl sulfate-polyacrylamide gel electrophoresis. Of the seven immunoinfertile couples, three that had antibodies to FA-1 in the male as well as female partners demonstrated a block of fertilization (IVF) due to antibodies bound on the sperm surface. The anti-FA-1 antibody activity was detected in serum as well as in follicular fluid and seminal plasma. Immunoinfertile sera that showed an inhibition of human sperm penetration of zona-free hamster ova showed a significant (P less than 0.001) increase in penetration rates after absorption with FA-1. These results indicate that sera from immunoinfertile patients had antibodies reacting with FA-1, and these antibodies are involved in the fertilization process. 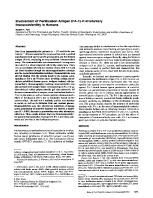 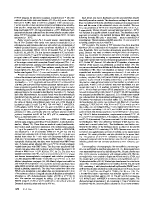 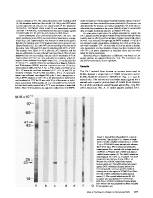 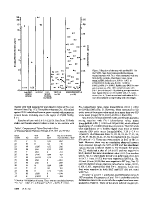 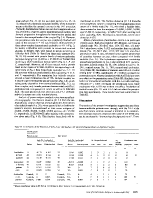 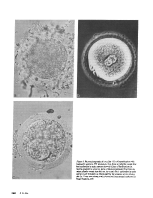 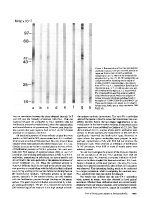 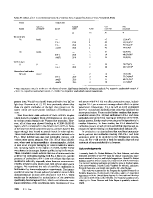 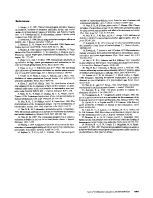