Inhibition of the activation of Hageman factor (factor XII) by complement subcomponent C1q.

E H Rehmus, B M Greene, B A Everson, and O D Ratnoff

Find articles by Greene, B. in: JCI | PubMed | Google Scholar

Find articles by Everson, B. in: JCI | PubMed | Google Scholar

Hageman factor (HF, Factor XII) is activated by glass, collagen, and ellagic acid, and initiates blood coagulation via the intrinsic pathway. C1q inhibits collagen-induced platelet aggregation and adherence of platelets to glass, effects attributable to the collagen-like region of C1q. We examined the actions of C1q on HF activation. Incubation of C1q with HF before addition of HF-deficient plasma extended the activated partial thromboplastin time. Similarly, when glass tubes were coated with C1q before testing, the partial thromboplastin time of normal plasma was increased. C1q reduced the activation of HF by ellagic acid, as measured by the release of p-nitroaniline from the synthetic substrate H-D-prolyl-L-phenylalanyl-L-arginine-p-nitroanilide dihydrochloride, an effect inhibited by monoclonal anti-human C1q murine IgG and by digestion of C1q by collagenase. Thus, C1q inhibits activation of HF in vitro in clot-promoting and amidolytic assays and suggests a regulatory mechanism for the inhibition of coagulation. 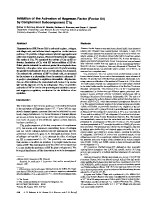 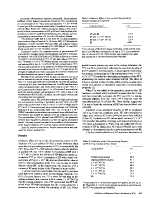 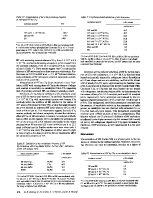 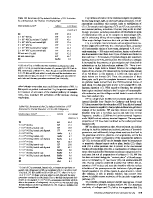 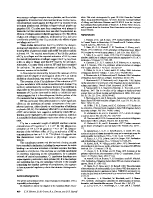 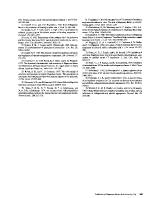