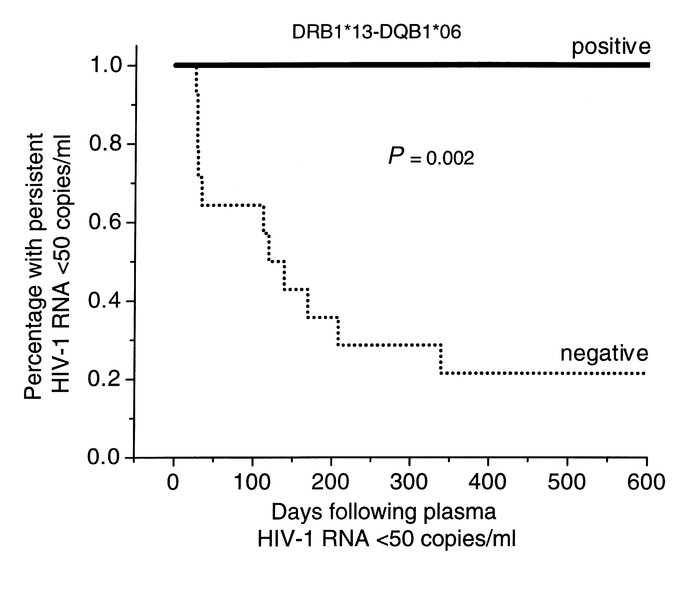 Kaplan-Meier curves display the probability of maintaining plasma viremia at less than 50 copies/ml once viral suppression is achieved. Breakthrough viremia is the end point. Patients are stratified by the presence or absence of the DRB1*13-DQB1*06 haplotype.