Role of changes in insulin and glucagon in glucose homeostasis in exercise.

This experiment was performed to determine if plasma glucose homeostasis is maintained in normal human volunteers during light exercise (40% maximal oxygen consumption [VO2 max]) when changes in insulin and glucagon are prevented. Hormonal control was achieved by the infusion of somatostatin, insulin, and glucagon. Glucose kinetics and oxidation rates were determined with stable isotopic tracers of glucose, and by indirect calorimetry. Two different rates of replacement of insulin and glucagon were used; in one group, insulin was clamped at 19.8 +/- 2.6 microU/ml (high-insulin group), and in the other group insulin was clamped at 9.2 +/- 1.3 microU/ml (low-insulin group). Glucagon was maintained at 261 +/- 16.2 and 124 +/- 6.4 pg/ml, respectively, in the high-insulin and low-insulin groups. Without hormonal control, plasma glucose homeostasis was maintained during exercise because the increase in glucose uptake was balanced by a corresponding increase in glucose production. When changes in insulin and glucagon were prevented, plasma glucose concentration fell, particularly in the high-insulin group. Glucose uptake increased to a greater extent than when hormones were not controlled, and glucose production did not increase sufficiently to compensate. The increase in glucose uptake in the hormonal control groups was associated with an increased rate of glucose oxidation. When euglycemia was maintained by glucose infusion in the hormonal control subjects, the modest increase in glucose production that otherwise occurred was prevented. It is concluded that during light exercise there must be a reduction in insulin concentration and/or an increase in glucagon concentration if plasma glucose homeostasis is to be maintained. If such changes do not occur, hypoglycemia, and hence exhaustion, may occur. 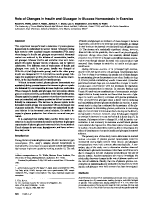 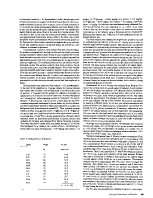 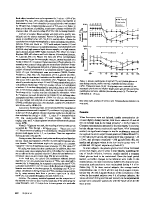 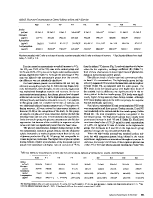 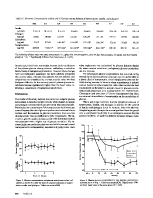 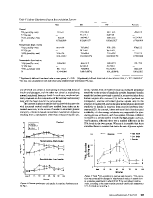 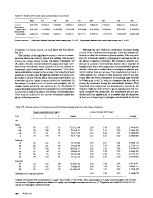 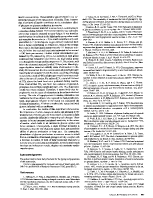