Deficiency of vitamin E in the alveolar fluid of cigarette smokers. Influence on alveolar macrophage cytotoxicity.

Cigarette smoking produces oxidant-mediated changes in the lung important to the pathogenesis of emphysema. Since vitamin E can neutralize reactive oxygen species and prevent peroxidation of unsaturated lipids, it may constitute an important component of the lung's defense against oxidant injury. To better characterize the antioxidant protective role of vitamin E, young asymptomatic smokers and nonsmokers were evaluated by bronchoalveolar lavage before and immediately after a 3-wk course of oral vitamin E (2,400 IU/d). Smoker alveolar fluid at baseline was relatively deficient in vitamin E compared with nonsmoker fluid (3.1 +/- 0.7 ng/ml vs. 20.7 +/- 2.4 ng/ml, P less than 0.005). Although smoker alveolar fluid vitamin E levels increased to 9.3 +/- 2.3 ng/ml after supplementation, the levels remained significantly lower than nonsmoker baseline levels (P less than 0.01). This deficiency was explained, in part, by the increased oxidative metabolism of vitamin E to the quinone form in the lungs of smokers compared with nonsmokers. Although the significance of a lower concentration of alveolar fluid vitamin E is unclear, it may compromise the antioxidant protection afforded by the alveolar fluid as it coats the lung's epithelial surface. The protective role of vitamin E was assessed by cytotoxicity experiments, which demonstrated that the killing of normal rat lung parenchymal cells by smoker alveolar macrophages was inversely related to the vitamin E content of the parenchymal cells. These findings suggest that vitamin E may be an important lower respiratory tract antioxidant, and that the deficiency seen in young smokers may predispose them to an enhanced oxidant attack on their lung parenchymal cells. 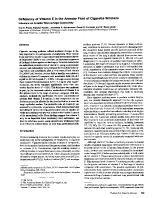 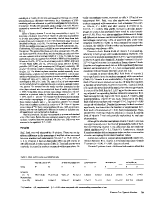 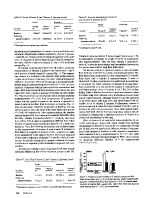 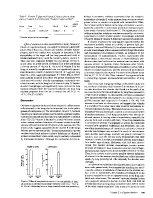 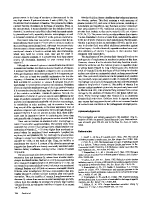 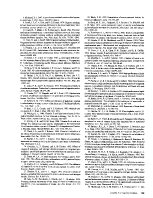 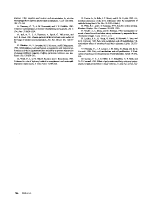